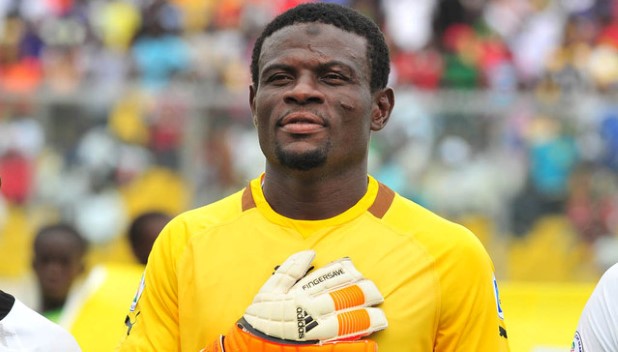 Ghana and Enyimba FC goalkeeper Fatawu Dauda has hinted he will be joining a new club next season after winning the 2019 Nigerian Professional League on Wednesday.

The former AshantiGold goalkeeper won his third major trophy in his career with three different clubs in Africa in the space of five years.

Dauda won the The FA Cup with South Africa giants Orlando Pirates in 2014, returned to Ghana and won the Ghana Premier League title with AshantiGold in 2015 and currently has added another medal to his blistering career so far by winning the Nigerian Professional League with Enyimba FC.

However, Fatawu has hinted of joining a new club next season in a post.

He failed to make the Black Stars squad for the upcoming Africa Cup of Nations in Egypt.

The 34-year old was the number one stopper  for the 2013 Black Stars AFCON squad as well as manned the post in the 2014 FIFA World Cup.