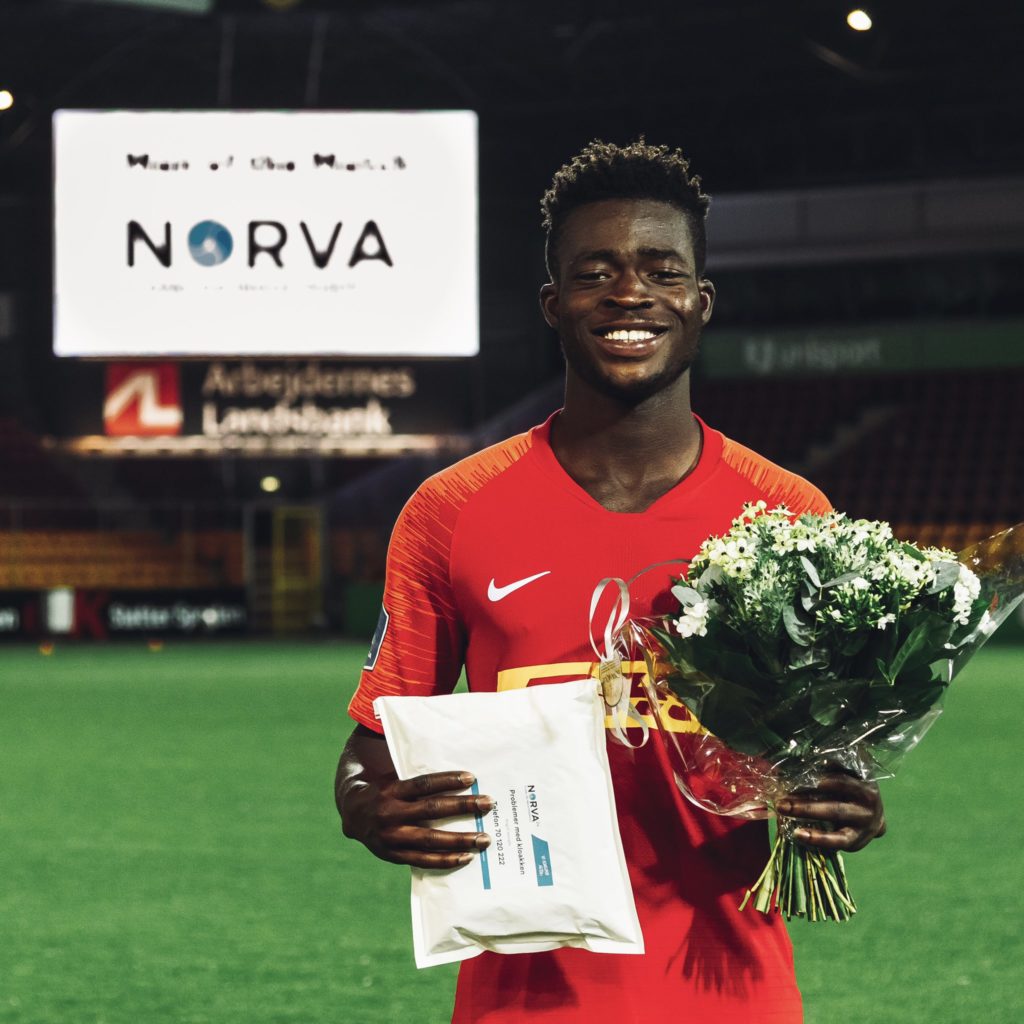 FC Nordsjaelland midfielder Kamal-Deen Sulemana has been named in the Danish Superliga Team of the Month for April.

The high-flying 19-year-old scored five goals for the side the Danish top-flight.

The lightening-fast Ghanaian was crowned Danish Superliga Player for the Month for  April.

The highly rated teenager was named among the best performers  following his explosive performances for FC Nordsjaelland in the month.

The Ajax target was also voted young player for the Month of April.