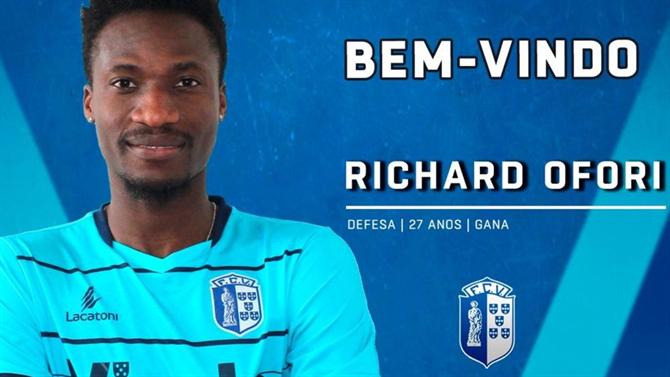 FC Vizela new signing Richard Ofori wants to achieve the set target after joining the Portuguese side on a two-year deal.

The 27-year-old left-back penned Ofori joined the newly promoted Liga 2 outfit ahead of the forthcoming season on Tuesday.

And the Ghanaian has laid down the marker to help the club achieve its set target.

"I have admired the team for a long time, but I never thought to play here until the master arrived. Then, I knew I could represent Vizela," he explained.

"I will work hard to help Vizela achieve the goals. I promise that I will do my best to help the club. We hope that the fans can come in large numbers to support us. Together, we will achieve something."

The Teshie native spent three seasons at Fafe, making two appearances for the club in the 2019/20 season.

He has also had stints with Académica de Coimbra, Sporting da Covilhã and Beira Mar.

Ofori had his first taste of European football in 2011, moving from Tudu Mighty Jets to Belgian side RSC Charleloi.