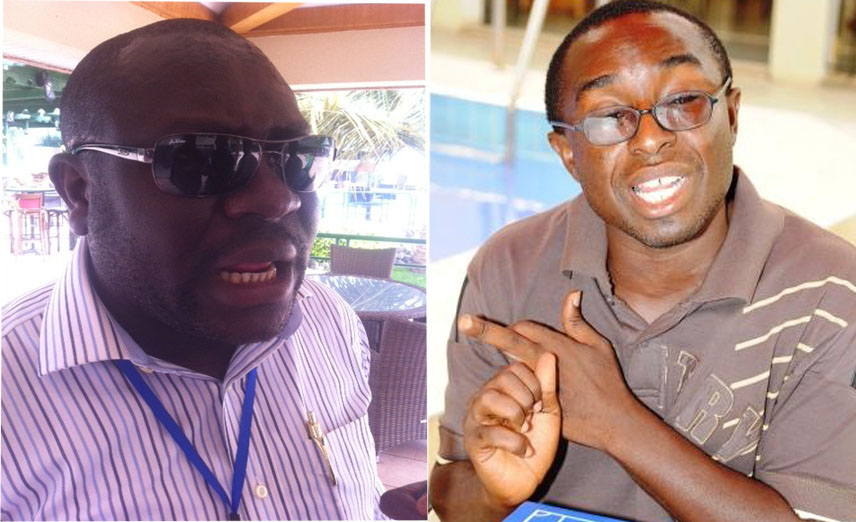 Kwesi Nyantakyi may be paying the price for the Ghana Football Association's reliance on decades old outmoded practices and inefficiencies with considerable media jibs but his hardest critics are men who have failed miserably while in charge of administration and management.Â

The Nyantakyi led administration might have failed to turn the face of the Ghana Premier League to match the standards set in South Africa and most of Northern Africa, but the real villains are those who have forgotten how to manage clubs with adequate resources and even gotten involved in alleged criminality.

From a disgraceful World Cup campaign instigated by government's failure to fulfill promises to garlic passiveness and malfunctions in separate wings at the GFA, Nyantakyi has come under media pressure from certain avowed individuals while others keep walking on the deliberate lines to propagate absurdities against his administration.

However, the two most popular vocalists leading the orchestra and forming the dark clouds over the Ghana Football Association have failed in every football space they have covered and are best examples travesty one can easily look around and imagine.

On Saturday, Asempa FM, an Accra-based radio station leading the crusade to see Nyantakyi through the exit, were given their answers on why 'their friend' Opeele Boateng was axed as Ghana U17 assistant coach when the team put up a disgraceful showing at the 2013 African U17 Championship in Morocco - losing 6-1 against bitter-rivals Nigeria.

The U17 team manager and an official in an interview on a local radio station Montie FM, made a startling revelation about Opeele during his spell with the team. According to their allegations, Opeele who was then assistant to renowned talent developer Paa Kwesi Fabin, was 'feeding' off youngsters who were seeking to justify their places in the squad.

The only appropriate manner to handle this case will be for the nation's football ruling body to refer the scandalous claims to its Ethics Committee to establish the truth or otherwise of the matter and somehow expose the false pretense in crocks bad-mouthing the Ghana Football Association.

In his typical sharp tongued manner, the self-acclaimed all-knowing tactician was the first football person to go into the record books for downplaying the qualities of Kwesi Appiah few weeks after he was handed the Ghana job by the Ghana Football Association.

He was literally put to shame when Kwesi Appiah guided Ghana to qualification for the Brazil 2014 FIFA World Cup and broke new grounds and set new records.

In the same field that he so harshly criticised Kwesi Appiah - coaching, Opeele has failed woefully - lacking the testicular fortitude to take up the Kotoko head coach position when he was offered the job.

His comments about general football philosophy and talents and quality of players have never sat well with renowned tacticians.

In overlooking the alleged criminal charges against the controversial radio commentator, career success has been hard to come by for Opeele, save the festival trophy he won while in charge of Okwahu United after beating a third-tier side in a low-profile game.

With virtually no achievement as a coach, Opeele could be classed as a real example of failure and should shut up until he gets himself cleared about the corruption allegations that have been levelled against him.

It is true that Ghana's football is going through some tough times but the Black Stars qualification to the 2015 AFCON will lift the pressure off the Ghana Football Association and afford them the concentration to face impending matters head on. 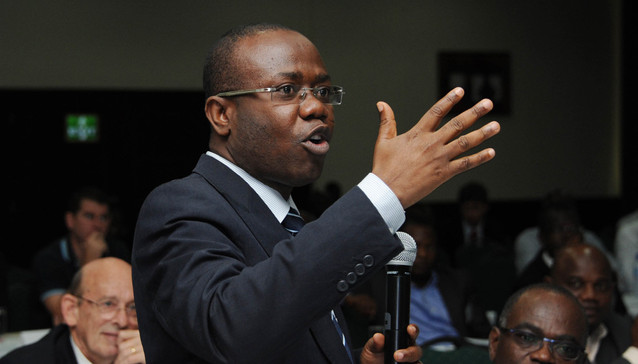 Kwesi Nyantakyi
Nyantakyi as FA boss has not brought heaven to Ghana football but has added a lot of value and appreciation to game in the country - brokering of sponsorship deals for national teams, record sponsorship for even the lower-tier league and the massive attractiveness to the Black Stars. 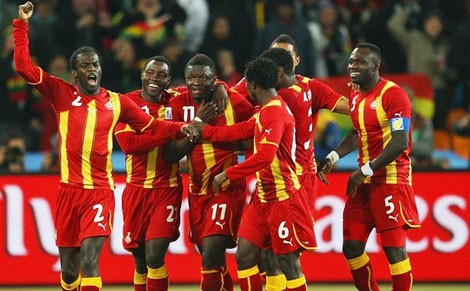 Ghana shone in SA
The Ghanaian Premier League which has been the bane of the FA, and courted media and fans trouble could start before the end of the year as the law court has started ruling on King Faisal's petitions.

But the hypocrisy, misinformation and bad-faith nature of criticism from Asempa and Peace FM is exposed in their own words when they praise renowned local administrators like Herbert Mensah, Harry Zakkour, Thomas Okine, Grusah and the likes. The exceptional vibe around these noble men was their ability to brand their clubs and make them attractive even at time the GPL travailled through seasons without a headline sponsor.

The Ghana Football Association does not brand clubs and make them attractive; administrators in South Africa and the impressive North African leagues brand their clubs and the impact trickles down on the league with high world class standards.

When clubs are not opening themselves to embrace the modern ways of football management and meet international standards, you can't blame the GFA.

That said, the tortoise-paced judicial processes at the FA and other non-functioning wings within the body must sit up and start working. Ghana Football within the last decades has thrived on the ideas of Nyantakyi despite negative and somewhat baseless criticisms.

An administration that has led Ghana to three successive World Cup appearances and reaching the quarter-final, and reaching every AFCON finals since 2004 can't be outclassed easily.

Unless the folks at Peace FM and Asempa FM are merely bent on Kweku Baako's scheme 'popoganda' and closing their senses to the facts, they won't allocate media space to football politicians like Vincent Odotei who was sacked from Hearts of Oak and later led King Faisal to relegation from the Ghanaian top-flight.

A spell for Odotei at the Ghana Football Association will be a reverse in development for football in country.Â Unless we want to revisit the days within 2002 and 2004 when national teams bought their jerseys from sporting shops.

Kuffour's achievements on the pitch gives him a place in the pantheon of the greats but he seriously needs to test himself in managerial fields before doing that advocacy and maybe he could have a sense of appreciation for some rule of law in football.