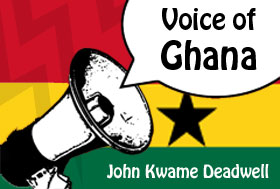 This week's Voice of Ghana blog on MTNFootball.com discusses what goes inbto calling players into the Black Stars of Ghana.

Ghana coach Goran Stevanovic seems to be ticking all the right boxes since he took over the post in January and his squad for his first official game has added to that belief.

But like on all occasions when a Black Stars squad is released, a few would disagree with some of the players called.

As it has now played out, there are some â€˜analystsâ€™ who think some players have been wrongly ignored.

A case has been made for Villarrealâ€™s Mubarak Wakaso to replace Emmanuel Agyemang Badu. Others think Hans Adu Sarpei, Jordan Ayew, Eric Bekoe, Matthew Amoah should have been named.

There are a few who even think Qatar-based Opoku Agyemang should even not be part of this squad!

Similar conclusions were made by some â€˜expertsâ€™ when the Serbian coach named Prince Tagoe and Dominic Adiyiah for last monthâ€™s friendly against Togo. Victories tend to silence loose lips.

Adiyiah went to the game in Belgium, proved his critics wrong by scoring and setting up another, demonstrating that it is not always the case that lack of playing time at your club side necessarily means one should not be considered by the national team.

Letâ€™s take John Pantsil for example. Heâ€™s not been playing at Fulham of late but his experience, performance and the stability he brings to the Ghana defence is way above Samuel Inkoomâ€™s output in the right-back position for the Black Stars even though the latter is a first-choice player at Dnipro.

The same argument can be made for Badu. Imagine injury hitting Anthony Annan or Kevin Boateng ahead of this vital Congo game.

Can we thrust at Wakaso at the deep end when we already have Baduâ€™s invaluable Nations Cup experience and familiarity with the squad at our disposal?

There have been instances where lack of knowledge has led to wrong conclusions. Opoku Agyemang was one of Ghanaâ€™s best players at the last yearâ€™s Africa Cup of Nations in Angola. His pace on the right wing posed problems for top defenders like Emmanuel Eboue but injury robbed him of his place at the World Cup. He has now returned to action for Al Ahly in Qatar and has been scoring for his club yet his call-up has been questioned.

Daniel Opareâ€™s invite has also been a subject of controversy because with Paintsil and Inkoom playing at the right-back there was no need to bring in another defender in that position. But if anyone has been observing the Standard Liege team, Opare has also been playing in left-back position which had been a red herring for Ghana. With Hans Sarpei ageing it makes sense that talented youngsters like Opare and David Addy are given the chance to impress.

So several factors are considered before national team call-ups are made. Current form stands above all, versatility aids a playerâ€™s chances, number of players available for a position, experience in the squad and discipline are all aimed at continuously evolving the squad.

For the waning popularity local league thereâ€™s hope. Apart from goalkeepers Sammy Adjei and Ernest Sowah, striker Nathaniel Asamoahâ€™s call-up has given hope to players in the local league that good performance can result in the dream of playing for oneâ€™s country at the highest level.

For an already talismanic figure at Kotoko who has played for a small team like Wa All Stars, who knows what reaching the pinnacle of a Ghana player's career might yet inspire?

The Voice of Ghana blog appears weekly on www.MTNFootball.com