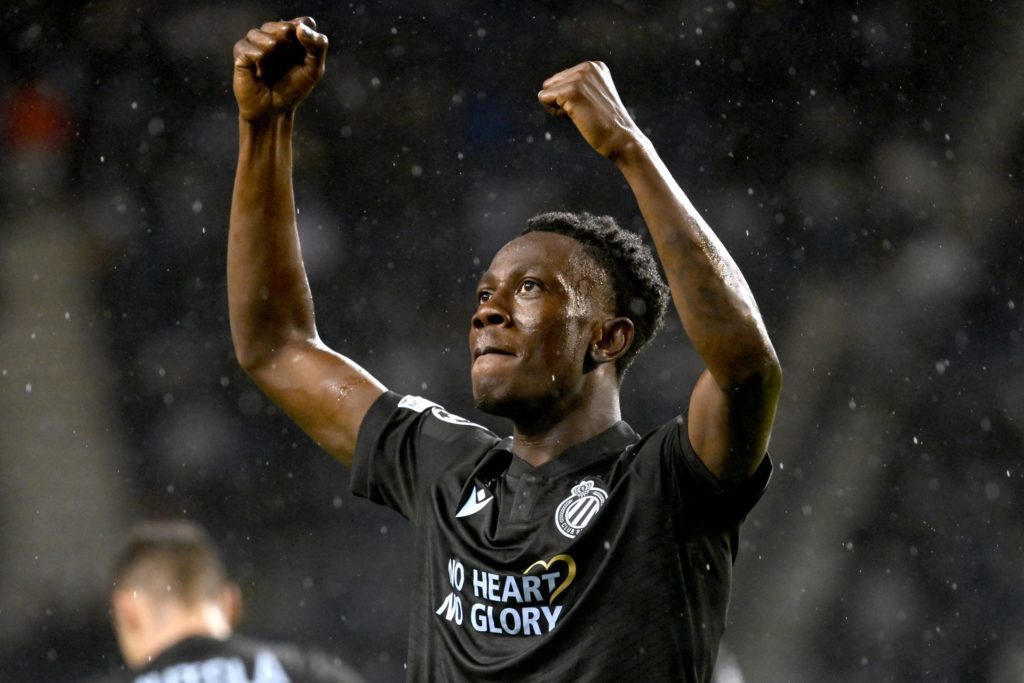 At the end of the 2021 summer transfer window, Club Brugge gets their hands on the wallet and decides to put nearly 10 million on Kamal Sowah.

The Ghanaian, who spent 3 and a half seasons at OHL on loan from Leicester, won a prestigious transfer there.

Philippe Clement trusted him from the start, and established him 5 times in a row in the Pro League. He even stood out in his first league game, assisting Noa Lang in the 3-0 win over Ostend. He is also in the eleven in 4 out of 5 Champions League matches played. His performances are far from convincing all observers. First used as a right winger, he is also tested in other positions as an attacking midfielder or striker.

Obviously,Sowah does not find his place in the Bruges chessboard. From the end of October, he is mainly on the bench or is not even picked up. He played, in all and for all, 31 minutes during his last 3 months in the Pro League.

Latest, yes. Because the arrival of Schreuder is not synonymous with the reintegration of Sowah into the nucleus. With the arrival of the nugget Skov Olsen on the right, Sowah is loaned for the end of the season to AZ Alkmaar, in the Eredivisie.

Mockery fuses, gossips are unleashed. How could Club Brugge put such a sum on such an underperforming and misused player as Wesley Snack claimed at the time In short, 6 months after his arrival at Jan Breydel, Sowah is already forgotten and no one thinks it will come back. Especially that in Alkmaar, he can not revive and spends the second part of the season in virtual anonymity: 9 games, including 8 in Eredivisie, no tenure, only 259 minutes of play and a small assist. In addition, he did not play a single minute in the play-offs for the Conference League, won against Vitesse Arnhem. Very hard for a boy who was almost worth the price of former AZ star Owen Wijndal, who left for Ajax this summer for 10 million euros.

Using him as an attacker, Hoefkens trusts him again and it pays off. Without being hugely decisive in the Pro League - 2 assists in 8 games Sowah does good with his speed and availability. If we wondered what would happen to him following the arrival of Yaremchuk, Hoefkens responded by lining him up straight away. The Ghanaian then scored against Porto and let his understandable joy burst.

The Ukrainian is destined to play in tandem with Jutgla, and Skov Olsen is unmistakable on his right side. Except that Sowah was mostly used as a left winger at OHL. His versatility can be a great strength for Club Brugge, especially since Lang is still absent. At 22, Sowah is again - or rather, finally - here and promises to settle in the Bruges system for the long term.