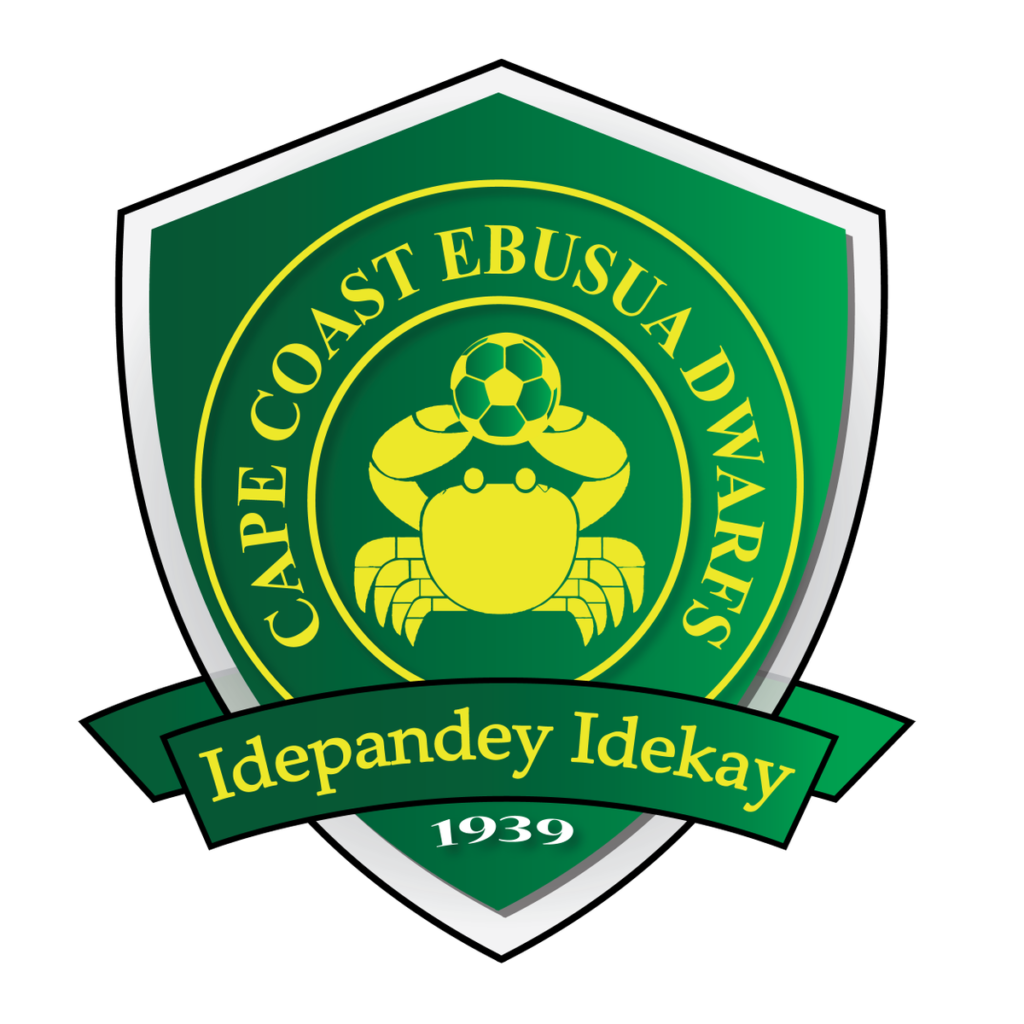 They pride themselves as the best team in the central region, one of the traditional teams in the Ghana who have graced Ghana football from time memorial, Cape Coast Mysterious Dwarfs.

A team that clasp on tradition has its strength of Cape Coasters always behind them and tout themselves as 'Ebusua'' which means family.

They have an emblem ''crab'' that demonstrate the implacable spirit of Oguaaman. There is a platitude that whatever goes up surely must come down.

Even in our facet of life, one goes through infancy, childhood, adolescent, adulthood, and old age and eventually die.

When you take a product for instance, it goes through a product cycle that is, introduction, growth, maturity and decline at some point.

So it is with football, where teams build, peak and decline.

Some win trophies in the process whiles others do not before the decline. For Ebusua Dwarfs, their fans have had ambivalent experience for the past years.

Seasons gone by, the ''Abontoa Abontoa'' club have achieved some feet that needs to be applauded.

They have been able to produce players who had national teams call ups.

The like of Rashid Sumaila, Kwame Frimpong, Seidu Bancey just to mention few.

The notable one that will forever be remembered is Robert Mensah whose name has been used to name the park at Siwdu in Cape Coast.

In recent times, the Cape Coast based team started some special with the late coach Nana Gyepi in the 2008/2009 division one league.

He qualified them to the middle league when they placed second behind Tarkwa United after 14 matches, amassing 28 points. 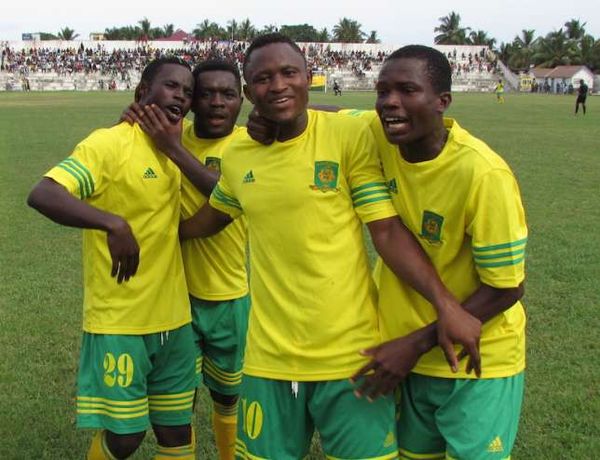 Ebusua Dwarfs
Lamentably for the mysterious boys, they were unable to qualify from the middle league to the Premier League when they were beaten to the top by New Edubiase after three games each in a group.

New Edubiase gained first ever promotion with seven points, followed by Dwarfs with six, Gold stars with four and Tarkwa United fallen to the bottom with no point.

The tenacity of the team with crab symbol did not go unnoticed in the 2009/2010 as they qualified for the middle league for the second time.

The former Dwarfs player guided his team to top their group this time around, winning all the three games with 9 points. Medeama came second with 6 points; Mine stars with 3 points and West ham United were at the bottom of the summit.

Dwarfs appointed former black star captain John Eshun to head the technical area of the team after gaining promotion to the 2010/2011 premier league.

They had their staunch defender Rashid Sumaila adjudged the best defender of the season.

As the 2011/2012 season was underway, coach John Eshun was sacked some few days before the commencement of the league due to dissensions at the technical area.

Professor J.K.Mintah, the University of Cape Coast lecturer was appointed to lead the team.

As we know for football, most often done not, coaches bring their philosophies and ideas to establish a way they will like their team to play.

Professor J.K.Mintah was not an exception to that.

The yellow and green side started the season not too bad as they got 9 points out of 15 points in their first five matches, they won their two home games (Bechem United, Berekum Arsenal) and drew 3 away games(Ashgold,Hearts of Lions, Mighty Jet).

They looked promising and ended the season with 36 points after 30 games and placed 10 th on the league log. 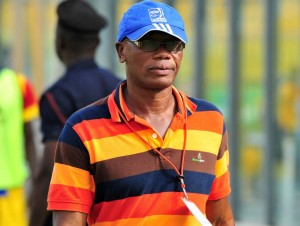 Prof. Mintah of Ebusua Dwarfs
The total performance of the team at the end of the season saw the UCC lecturer con coach as runners up in the best coach category behind Maxwell Konadu of Kumasi Asante Kotoko.

The former best defender in the 2010/2011, Rashid Sumaila maintained his position in the premier league team even though he could not win the best defender for the second time.

As plans were afoot for the 2012/2013, Dwarfs sold their skipper Bismark Aseidu to Medeama, Rashid Sumaila and Seidu Bancey to Kotoko.

Fast forward, the Crabs  were not encumbered by the sale of some key players but came fourth at the end of the 2012/2013 league season.

They improved point wise and position wise, 50 points and 4 th respectively after 30 games.

This granted them qualification to play the CAF Confederation in 2013/2014 season.

Their highest achievement since 2000, when they were knocked out by Ismaily of Egypt in the quarter finals.

An era with great prospect after an improvement in the previous season set the tone for the yellow and green fans to at least see their team win the premier league after trailing six points beneath the summit.

Their coach (Professor J.K.Mintah) as part of his national duty as the psychologist for the Black stars, went on assignment with the Black star while dwarfs were preparing for a CAF Confederation match against Petro Atletico de Luanda of Angola.

Management of Dwarfs was not happy with his decision to go with the national team as he had taken a sick leave in the ongoing season.

These disagreements engendered the resignation of Professor J. K. Mintah. The team ended up being relegated as an era also came to an end.

We can say that for the past two decade, it was under the tutelage of professor J.K.Mintah that dwarfs played some silky football and CAF Confederation again.

After his resignation, coaches like veteran J.E. Sarpong, Prosper Narteh, Da Rocha, Bashir Hayford, Robert Asibu all tried their best but could not achieve the feet of their predecessors.

So one may ask what has caused them and still causing them not to rise to the occasion as we knew them previous years ago. 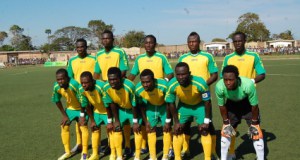 Dwarfs football club
Internal gossips from reps to management level have been a stymie to their progress.

The team has it main management in Accra that gives room for rumors. These rumors go a long way to affect some decisions of management there by affecting the team negatively especially the apocryphal stories.

Also, lack of proper planning is also a hindrance to their progress. Every team plans on what to achieve in short term, medium term and long term in terms of buying and selling players, structures etc.

But it is the opposite for the yellow and green club. After 2012/2013 season, dwarfs have struggled to keep coaches who were performing at their tenure.

The notable one was Ricardo Da Rocha who parted ways after placing 4 th in the 2016/17 league.

Because of lack of clear direction, some players who were declining were brought to the club which stifled their progress at some point. Players like Ibrahim Musa and Gilbert Fiamenyo are classical example.

Before the start of the 2019/20 season, the High Court in Cape Coast ordered for the liquidation of the Club over a 20 year debt that was to be paid to Great Liverpool on the transfer of their former player Patrick Villars.

Again, there was no proper planning with the payment effect.

The earlier they find a proper plan to this problem, the better. Furthermore, getting a sponsorship cannot be overlooked.

As money is not easy to come by especially in Ghana, sponsorship goes a long way to help clubs pay salaries of players, staffs, infrastructures and many more.

Salaries of players have been a problem for Dwarfs especially after the death of their bankroller Nana Adu.

There are some salaries outstanding yet to be paid amid covid-19.

The club would have to get a vibrant marketing team to draft proposals for sponsorship giving assurance to the sponsors the mileage and benefit they would get when they come on board.

This will help pay players well enough to give their best to the club. With the right materials and the above hobbles solved, the 'Idepandey Idekay' boys along with management and fans will see their team rise again.

Mysterious Dwarfs won the Ghana premier league in 1965/66 league and the FA cup in the 1968 and will hope to win it again. 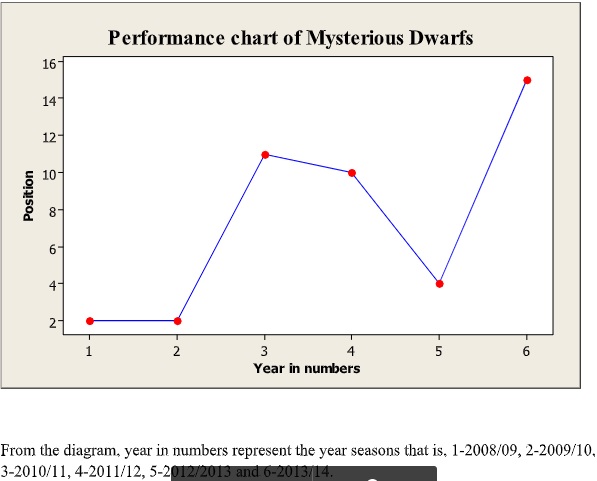