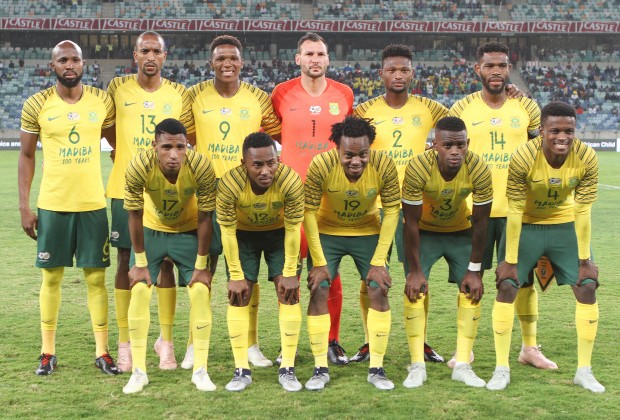 Bafana Bafana face a tough task in qualifying for the 2022 Soccer World Cup to be hosted in Qatar after being drawn in Group G for the second round of the qualifying process at a ceremony held in Egypt on Tuesday.

Sport24 details what needs to happen for Bafana Bafana to clinch qualification to the showpiece event.

Molefi Ntseki's side - who are ranked 71st in the world rankings - now know their route to Qatar 2022 after being drawn alongside Ghana (47th in the world), Zimbabwe (111th) and Ethiopia (146th) in Group G.

- The third round will see the 10 group winners from the second round drawn into five home-and-away ties. The draw will again follow a seeding basis as per the world rankings

- The winners of each tie will advance to the World Cup where five spots (out of 32) have been allocated to Africa.

Looking at the general pattern of the final standings of previous World Cup qualifying groups and previous Champions League group standings, anything over the 10-point mark will be needed for Bafana to stand a realistic chance of finishing top of their group.

Any additional points over that magical benchmark will significantly increase their chances of finishing ahead of Ghana.

There won't be a better time to play the Black Stars, though, as they've just appointed the untested Charles Akonnor as their new head coach as of January 15, 2020 after a decision by the Ghana Football Association to dismiss all acting national team coaches.

If Bafana Bafana managed to pull off an upset and win Group G, they would then be drawn against one of the seeded sides - such as Senegal, Tunisia, Nigeria, Algeria and Morocco.

Some of the players Bafana Bafana could come up against in their qualifying campaign:

Should Bafana Bafana reach Round 3 they could potentially face some of the best players in world football:

Additionally, players from other North African superpowers such as Egypt and Algeria boast the talents of Mohamed Salah and Riyaad Mahrez.

Bafana shouldn't be ruled out though as they do have the potential to cause an upset and qualify.

Battles against Nigeria over recent years - with a record of 1 Win, 1 Loss and 3 Draws in the last five fixtures - along with their shock-win over Egypt in their own backyard at the 2019 AFCON tournament, proves this.

For this to happen Ntseki would need to get his team selection and tactics spot-on with the players performing to their full potential.

Formation 4-3-3 (Attacking/defensive according to opponent)

*Against Ghana away from home Andile Jali or Dean Furman would come in to add more cover for the defence at the expense of Thulani Serero. Using a defensive 4-3-3 formation with an idea to catch the Black Stars on the counter.