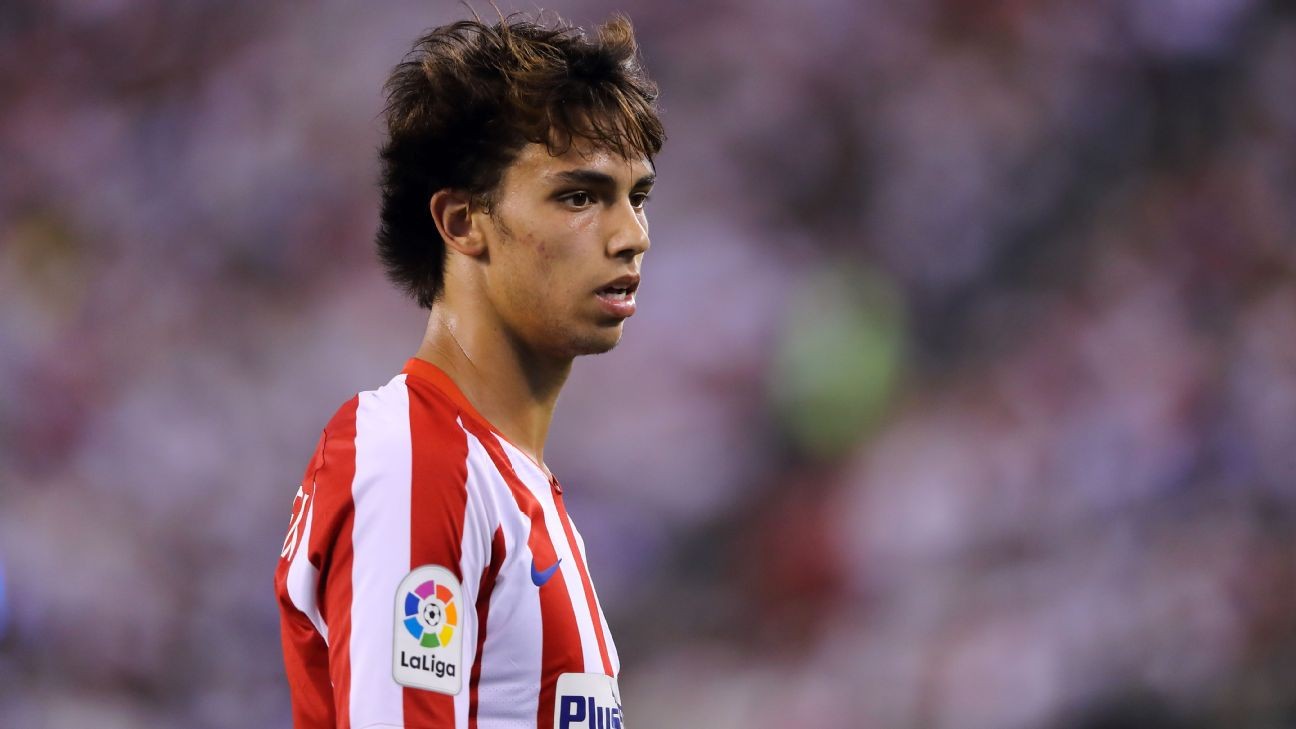 ESPN sits down with Joao Felix at the MLS All-Star Game to discuss why he joined Atletico Madrid and his admiration for Cristiano Ronaldo.

Atletico Madrid manager Diego Simeone shares his early impressions of Joao Felix and his plans to develop the youngster's talent in La Liga.

Kieran Trippier chats with ESPN about why joined Atletico from Spurs, his determination to learn Spanish and his first taste of the Madrid derby.

Atletico Madrid forward Joao Felix has told ESPN he decided to join the club due to their record of producing great strikers.

Felix, 19, sealed a move to Atletico for a club record transfer fee of €126 million despite interest from a number of European teams.

- What you need to know about Atletico's new star Joao Felix
- Mbappe, Pulisic, Felix among best 30 players under 21
- When does the 2019-20 La Liga season start?

Sergio Aguero, Diego Forlan, Fernando Torres and Radamel Falcao have all enjoyed impressive spells in the Spanish capital and Felix said he wants to do the same.

"I saw the strikers that Atletico had and they were great players, great strikers," he said in an exclusive interview with ESPN. "I want to be one more and this is why I choose to come here."

Felix has been dubbed the "new Cristiano Ronaldo" by many and he said he wants to emulate his Portugal teammate.

The youngster featured alongside Ronaldo as Portugal won the Nations League this summer.

He added: "Cristiano Ronaldo has won five Ballon d'Or trophies and this is the dream of every player. Obviously I would like to be like Cristiano."

Felix has already impressed after scoring one goal and assisting two more in Atletico's 7-3 victory over rivals Real Madrid in the International Champions Cup.

Meanwhile, fellow summer signing Kieran Trippier has told ESPN he intends to conduct an interview in Spanish within the next two months.

"My priority is to speak Spanish," he said.  "I want to be involved with the players and the coach to understand more.

"I've got a teacher in Madrid and it's five days a week for two hours a day so maybe in a month or two, we can have this interview speaking Spanish."

Trippier, 28, joined the Spanish club from Tottenham for around €25m and said he has always wanted to test himself abroad.

"There were a few clubs interested in me but when Atletico Madrid came in for me, it was a great experience to play out in Spain in La Liga," he added. "It's something that I've always wanted to do, to play abroad and I'm absolutely delighted to be here."

Atletico will play against the MLS All-Stars in Orlando on Wednesday in their final match of their U.S. preseason tour.