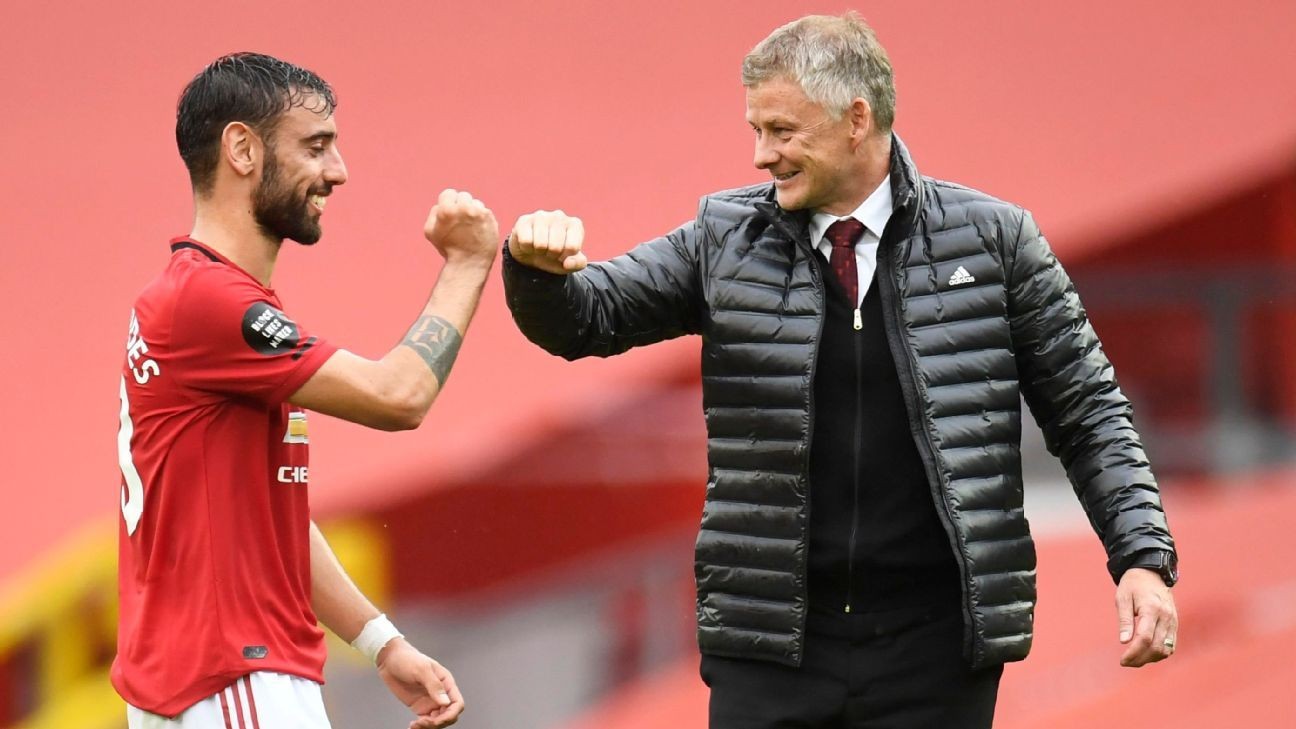 Ole Gunnar Solskjaer is two games away from the first trophy of his United reign, starting with the semifinal clash with Sevilla in Cologne on Sunday.

Fernandes admits a top-four finish and the Europa League will not make for a "perfect" campaign, but believes the taste of success could set up a run at the title next season.

"The Premier League is one of the trophies we want to win and I think to win the Europa League would be good for the mentality of winning trophies and fighting with the top clubs," said Fernandes. "For next season, if we can win this, it will be important.

"It's so important to win because every player needs to understand how it is to win a trophy for Manchester United. For the coach, it will be important and for the players because I think we've done very well until now and I think if we finish with a trophy, it will not be perfect, but it will be a good year for us.

"Finishing well now is a good start for next season."

United have already secured qualification for the Champions League after finishing inside the Premier League's top four.

The third-place finish exceeded some expectations for Solskjaer's first full year in charge but United still finished a mammoth 33 points behind champions Liverpool and Fernandes has stressed the importance of a good start next season.

"We need to start the league with the mentality to win," he said. "We know we play for a big club with big aspirations, also the players, we have big aspirations and we need to win some trophies.

"Manchester United needs to come back again to win some trophies and fight for the European competitions and also the league."

Solskjaer has overseen progress at Old Trafford since taking over from Jose Mourinho in December 2018.

He has supplemented his signings by promoting players including Mason Greenwood and Brandon Williams from the academy leaving the Norwegian with a young squad, but Fernandes insists that should not be a barrier to winning the biggest trophies, starting with the Europa League.

"I think we have such good young players but when you arrive at the first team the age is just a number," said Fernandes. "You need to do your best and try to help the team. If you are a striker you need to score goals and if you are a defender you need to not concede goals.