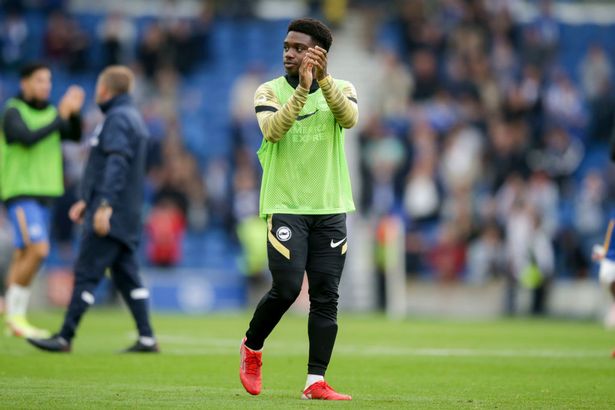 Ghanasoccernet.com can reveal that the process for Inaki Williams, Tariq Lamptey, Stephan Ambrosius, Ransford-Yeboah Königsdörffer, and Patric Pfeiffer has been completed.

According to the Ghana Football Association president Kurt Okraku, all five players are now available to be selected to represent Ghana's senior national team, the Black Stars.

Below, yours truly with the Dad of Tariq (Ahmed)
Bro, thanks for the trust and your determination to see Ghana succeed. #BringBackTheLove pic.twitter.com/vJb0byj3Ka

Lamptey was a member of England's U-21 team until recently. He declined an invitation in June to expedite talks to become a Ghana international. whereas Inaki was a Spain U-21 player who went on to make one senior national team appearance.

FIFA rules stipulate that players can switch countries if they have not played more than three matches for a country before the age of 21 and have not featured in a World Cup or continental tournament.

Hamburger SV defender Ambrosius, like 20-year-old forward Ransford-Yeboah, is a former Germany U-21 player. Meanwhile, Pfeiffer, who was born in Hamburg, has never represented Germany.

This is fantastic news for the Black Stars' technical team, led by Otto Addo. There are numerous options, and it is expected that they will select the best talent for the Qatar World Cup.

The Black Stars are expected to be a strong side when they compete in the group stage against Portugal, South Korea, and Uruguay in November.

Ghanaians can also expect their team to advance far in the tournament. They may be able to advance past the quarter-final stage, which they reached in the 2010 tournament in South Africa.