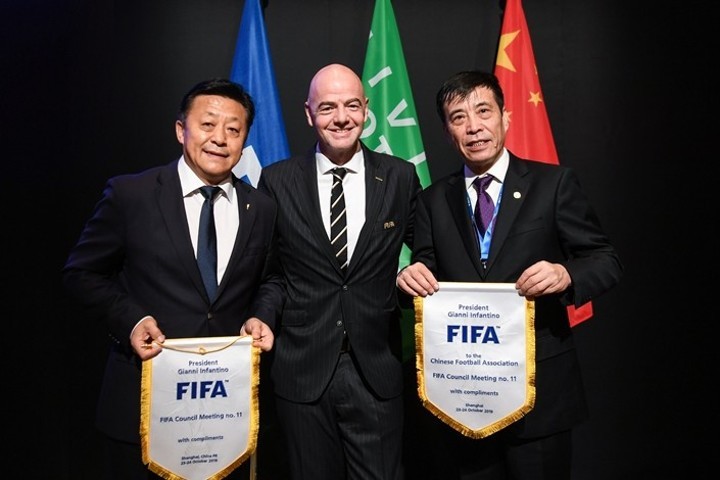 Fifa has revealed that it will recommend to its Bureau of the Council members today to accept the proposal to postpone next year's FIFA Confederations Cup and the revamped FIFA Club World Cup in the wake of the CoronaVirus crisis that has ravaged football.

The proposal will be tabled during a Fifa Bureau of the Council meeting via video conference scheduled for later today which would also discuss the timing for the 2021 Africa Cup of Nations.

FIFA president Gianni Infantino said he will recommend accepting the postponement of the European Championship and Copa America to next summer because of the health crisis facing the world.

The postponement of the two competitions in Europe and South America means it will clash with the two aforementioned Fifa competitions.

The two competitions will also clash with the original schedule of the Africa Cup of Nations which is also scheduled to be held in June and July of 2021.

With the postponement of the Euros and Copa America, the Afcon will also be affected which means some compromise must be reached in that direction too.

In a pragmatic approach Fifa President said they will be looking to moving the FIFA Confederations Cup and FIFA Club World Cup, which were originally scheduled for next summer so that the world's football calendar would not be in disarray while maintaining a common purpose among the global football family.

Those suggestions, “with the aim of finzding balanced solutions for the good of football,” Infantino said, will be made by him on a Bureau of the Council conference call today.

“The world is facing an unprecedented health challenge and clearly a global and collective response is needed,” Infantino said.

“Cooperation, mutual respect and understanding must be the guiding principles for all decision-makers to have in mind at this crucial moment in time.”

Infantino said a decision would be made at a later day, “when there is more clarity on the situation,” on when to play the FIFA Club World Cup, either later in 2021, in 2022 or in 2023.

He said he will also have a conversation with the Chinese FA and the Chinese government to postpone that competition, which includes the winner of the Concacaf Champions League.

Infantino will also discuss the current international calendar with the hopes of finding solutions by the end of April.

He also pledged $10 million from FIFA to the World Health Organization COVID-19 Solidarity Response Fund, while also mentioning the possibility of establishing “a Global Football Assistance Fund to help members of the football community affected by this crisis.”