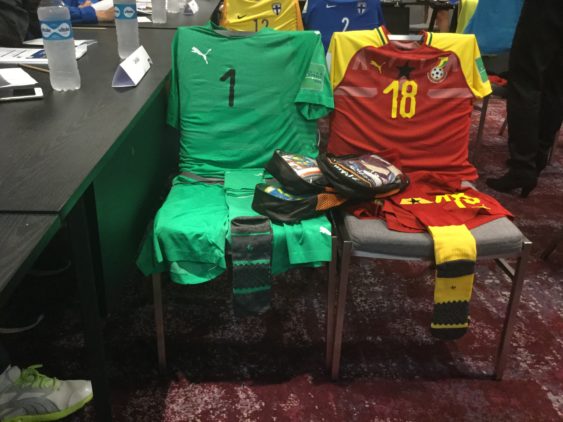 The Black Maidens of Ghana will be in their red and yellow jersey for Tuesday’s U 17 World Cup opening match against Uruguay.

The tournament hosts will be in sea blue shirts and black shorts for the Group A opener which will be played at the Estadio Churrua tomorrow.

Ghana’s goalkeepers will be in dark green shirts and shorts with the Uruguay’s in light green.

The team arrived in Uruguay for the World Cup last week, after a week in Brazil, where they were engaged in a couple of friendlies.

Meanwhile, South American's Brazil will play Japan in the opening game of the competition.

Ghana's best performance at the FIFA U-17 Women's World Cup was in 2012, when the team won Bronze on her maiden appearance.