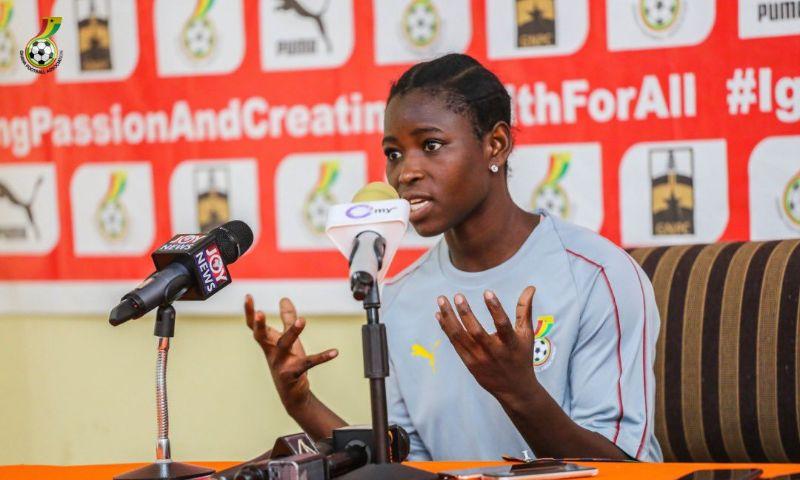 Black Maidens captain Basira Alhassan has called on Ghanaian to show the team massive support ahead of their FIFA U-17 World Cup qualifier second leg against Liberia.

The Black Maidens lead the tie 2-0 from the first leg, and will progress to the final stage with an aggregate victory over their West African neighbours.

"What we the players could see from the field was that the Liberian players were very aggressive but we were able to communicate on the field so we will be able to contain the pressure they were bringing to us," she said.

"As coach said earlier on, majority of us have not had such exposure so we communicated well and it helped. And also coming back to Ghana, we’ve psyched ourselves.

"We always talk about how we can improve and play better. The game is developing very fast so most of these countries, who were minnows before, are now doing tremendously well. All we want to do is to qualify for the World Cup and so far everything is on course.

"This is a very important game for us. We saw a very good crowd when we played them two weeks ago and so we expect Ghanaians to come and cheer us up to win convincingly."