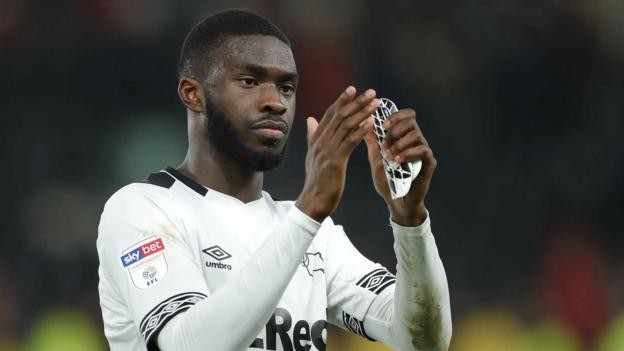 Fikayo Tomori made 55 appearances for the Rams this season

Chelsea defender Fikayo Tomori says he would consider returning to Derby County on loan next season.

The England Under-21 international played a key role in helping the Rams reach the Championship play-off final, which they lost 2-1 to Aston Villa.

"Of course," the 21-year-old replied, when asked if would think about a second stint at Pride Park.

"I have loved it. I grew so much as a player. Derby is such a great club," Tomori told BBC East Midlands Sport.

Lampard expects to stay with Derby

"The manager has shown me a lot of confidence playing me in a lot of games. I have nothing but good words to say about Derby, the club, the fans and my team-mates.

"I am really proud. We are disappointed and we are hurting, but we had such a fantastic season. Even though we lost, we still had a lot of good moments to look back on and cherish.

"I am not really thinking about Chelsea at the moment but we will see when the new season comes."