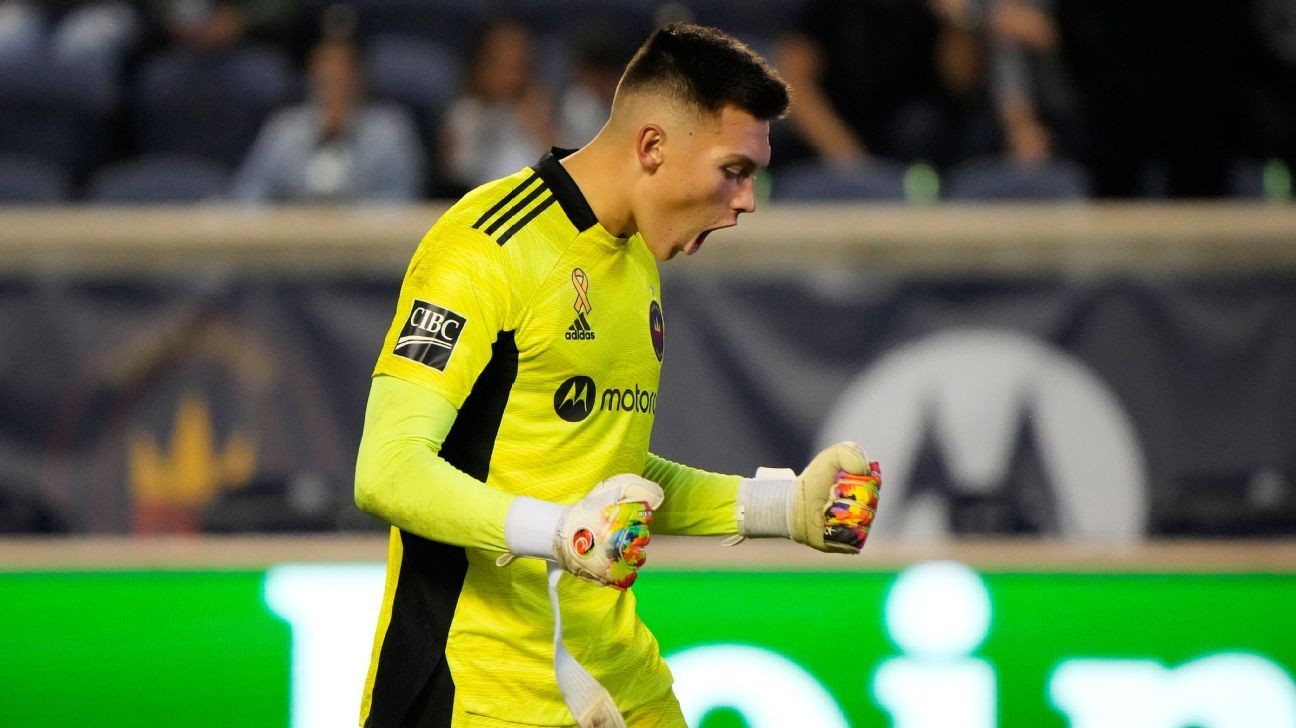 The agent for Chicago Fire FC goalkeeper Gabriel Slonina confirmed the interest of Real Madrid on Thursday and said that, despite other offers, his client "cannot say no to Real Madrid."

"It should be an honor for Chicago, and MLS, to have Real Madrid take notice in one of their players," Jaime Garcia of Starting XI Player Management told MLSsoccer.com. "We are hoping Chicago can find an agreement with Real Madrid to realize Gabriel's dream of playing for this club."

Other clubs reportedly interested in the teenager's services include Premier League sides Chelsea, Wolverhampton Wanderers and Southampton. Slonina's preference is to join Real Madrid, according to his agent.

"With respect to other cubs and other offers -- we've received many and we are gracious to those clubs -- but you cannot say no to Real Madrid," Garcia said.

The report from MLSsoccer adds that the Fire rejected an initial offer from Real for Slonina after the Champions League and LaLiga winners did not bid enough for the 18-year-old, while Chicago responded with a counter-offer.

Slonina, whose contract expires after the 2023 MLS season, has allowed just 20 goals and posted five shutouts in 14 starts this season. He had four shutouts in 11 games of his debut season in 2021.

On May 20, Slonina, who is a dual national of Poland and the United States, stated his intention to play his international football for the USMNT.

Information from Reuters was used in this story.