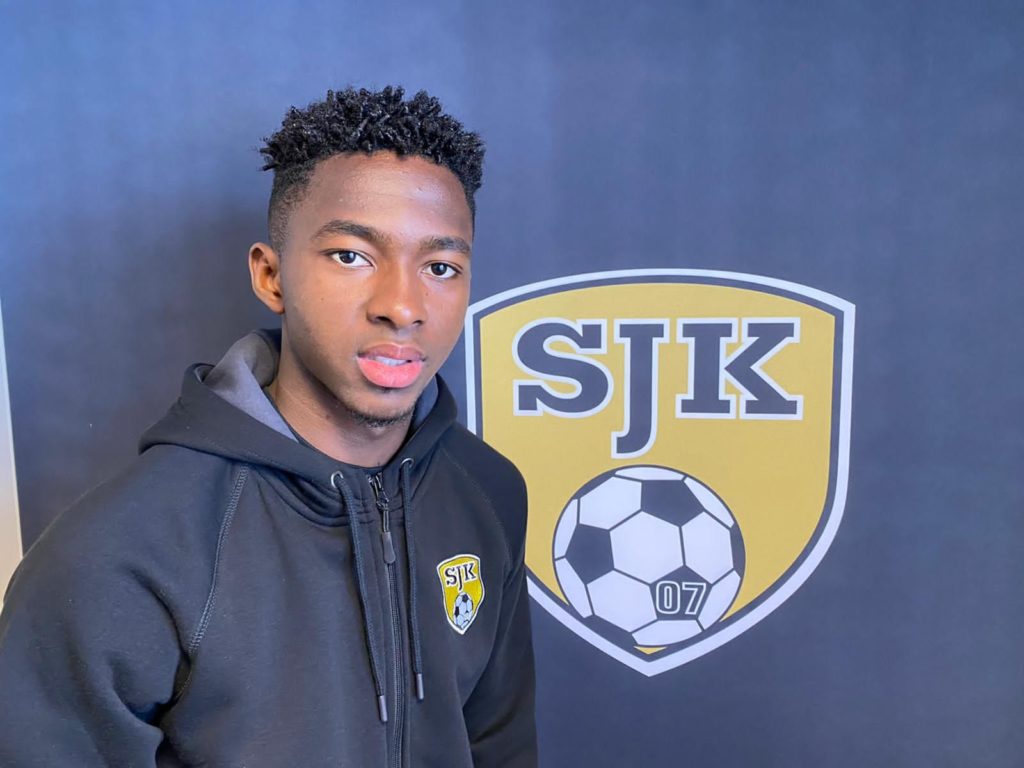 Prolific young Ghanaian forward, Kingsley Asante Ofori has described his time with SJK Seinajoki in Finland as magnificent after scoring 15 goals in 21 games for SJK Seinajoki.

Ofori joined SJK Seinajoki in April and spent six months with the academy, SJK Akatemia, in his first stint in Europe.

In a Q and A interview, the 19-year-old stated that his experience in Finland will bode well for him in future

Que: How would you describe your first six months at SJK Seinajoki?

Ans: "I would describe my first six months at SJK in one word magnificent because it was a wonderful season and I thank God for that ."

Que: What do you like about the country so far?

Ans: "What I like about the country is that the people in are so friendly, caring and nice ."

Que: You ended the season as the joint top scorer in the league with 15 goals. Did you expect to score as many goals t?

Ans: "At first I wasn’t expecting to score 15 goals, but when I started scoring I was expecting more than that."

Que: You were presented with a Corolla Hybrid car as the best player in the month of August. How did that make you feel?

Ans: "I felt awesome when I was presented as a player of the month August and it helps me to work harder."

Que: What convinced you to stay for another year after such an incredible season?

Ans: "I was convinced to stay for another season because I noticed that I can learn more here and improve a lot."

Que: Before your move to SJK Seinajoki, clubs like Elche and Cremonese were interested in you. Do you think playing in Finland could prepare you for a big future?

Ans: "Yes playing here will really help me to prepare for a great and big future ahead of me.