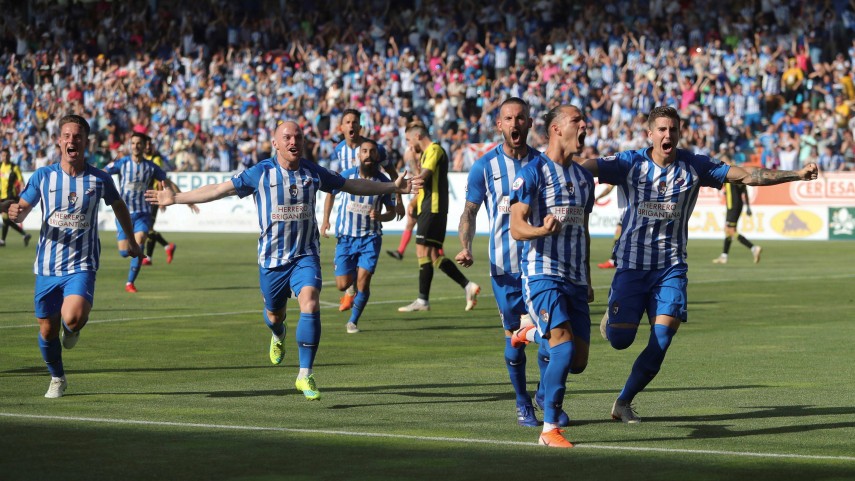 - Founded in 1922, SD Ponferradina were the first club to be formed in the region and centenary celebrations are now just a few years away.

- The team secured seventh-placed finishes in LaLiga 1l2l3 in both 2012/13 and 2014/15. These campaigns represented the club's most successful seasons as they narrowly missed out on securing a spot in the play-offs. This will be the seventh campaign that Ponferradina have graced the second tier.

- The team's home kit consists of a blue-and-white striped shirt with blue shorts and socks.

- El Toralin has been Ponferradina's home since 2000, before which the Estadio de Santa Maria and the Estadio de Fuentesnuevas played host to the side's matches. The club's facilities also include the Campo de Futbol Vicente del Bosque, which was opened by the legendary coach who guided Spain to 2010 World Cup glory.

- La Deportiva's mascot is Depi, a blue-coloured human tower in honour of the city's Templar Castle, which also features on the club crest.