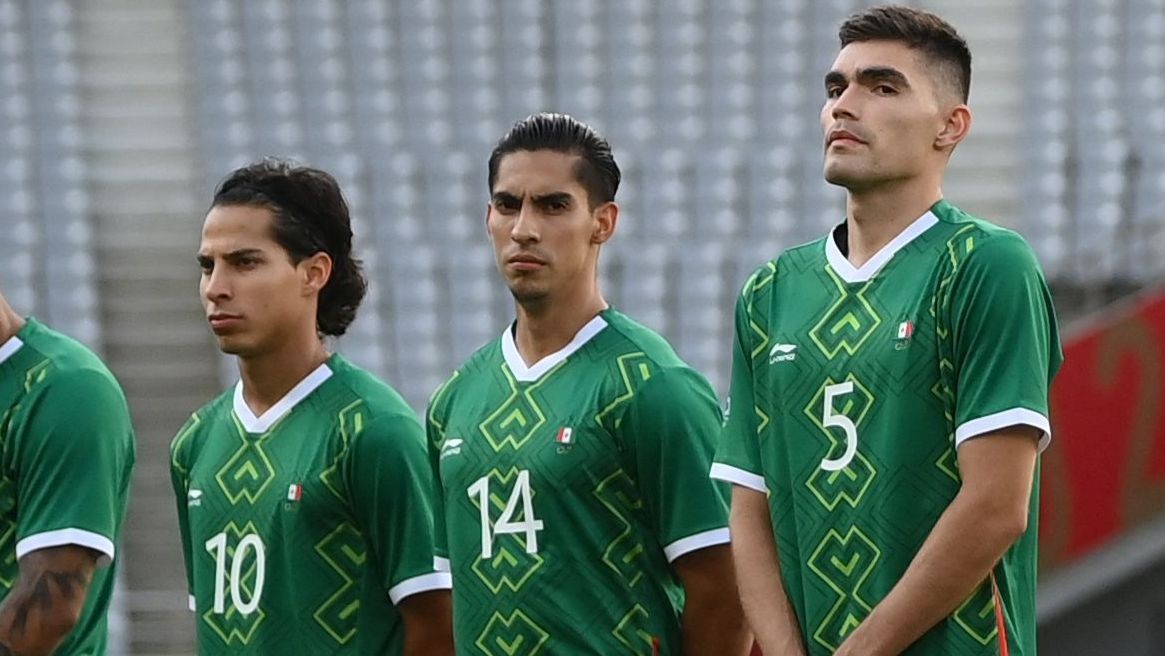 Mexico midfielder Erick Aguirre lined up for Thursday's Olympic soccer opener against France with his country's flag displayed upside-down on his jersey, an oversight that could draw a disciplinary measure from the government against the Mexican Olympic Committee or the apparel company.

Television close-ups during the pregame anthem showed Aguirre's flag upside-down, thus showing a reversed tricolored configuration of red, white and green when viewed from left to right. When displayed in the correct manner, that configuration begins with green on the left.

The Mexican goverment's protocol on the flag, seal, and anthem states that under no circumstances should displays of national emblems be altered. The Secretary of the Interior, which oversees the emblems, has authority to hand out discipline over such infractions but has not commented on the jersey.

A representative of Mexico's Olympic Committee called the error regrettable, adding that all involved in the process of imprinting the uniforms would be more vigilant to prevent similar mistakes from occurring.

Aguirre emerged for the second half with the correct configuration.

Mexico has had issues with Chinese uniform brand Li-Ning, who is outfitting the team for the Tokyo Games, because the kit is not available for public purchase.

"We planned a different strategy [for Tokyo 2020]. We are not focused on the sale of the apparel, but rather on supporting the Mexican Olympic team," a spokesperson for Li-Ning Mexico told ESPN.

Despite Li-Ning's status as the official provider, Mexico goalkeeper Guillermo Ochoa warmed up with Adidas gear before the game but covered up the company's logo. He wore the official kit once the match began.