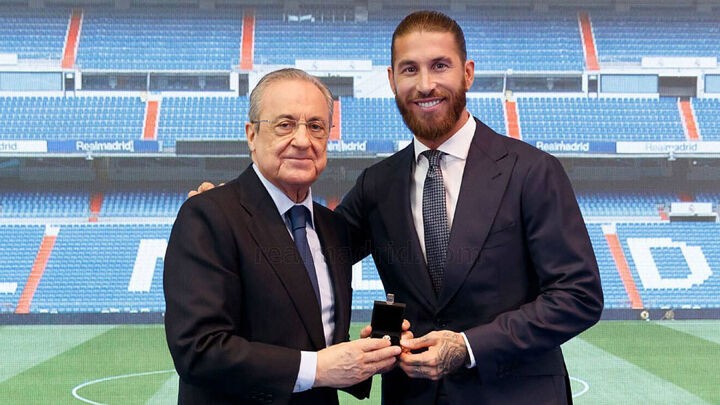 Florentino Perez, now what? Because that is the answer we are missing after a historic day with all kinds of analysis and perspectives on what happened in the tensest tug-of-war in Real Madrid's recent history.

What is going to happen, after the 'no' to Sergio Ramos, which is big enough to justify a measure of this magnitude? That is to say: does the time limit of the offer mean the starting point for another offer to a different player? Is Pau Torres the one? Jules Kounde? Some defender at Euro 2020? Will Jesus Vallejo's return complete the squad? Will there be a prize for the Castilla youngsters who will be promoted to the first team?

The only tangible reality is that Carlo Ancelotti's first-team squad is without its captain, something that can be solved by giving Karim Benzema and Casemiro more of a leadership role, and they are also without their first-choice centre-back, despite the fact that he has hardly played in the last few months.

Although I don't agree with him, I understand and defend the fact that Florentino has set a time limit for decision, that he has drawn up a sporting plan for rebuilding, and that he has used the money from Ramos' contract for another area, but locker No.4 at the Estadio Santiago Bernabeu is empty and the key has to be handed over to someone.

Is it clear who that someone is? Because the smoke of the personalities, cold and rationale of the president, coupled with the hot and irrational nature of the player, will eventually dissipate as the days go by and we will stop debating winners and losers. The season will kick off and the fans who return to the Bernabeu, Valdebebas, the Estadio Wanda Metropolitano or wherever that 70 percent of the capacity that Javier Tebas allows will want to see a competent team that will stay in the fight for trophies.

David Alaba does not enter into the equation considering that his agreement, announced by Carlos Carpio in MARCA at the end of January, took place well before the time limit, so his addition takes place with Ramos still in the planning of the squad.

Will there be another transition, as has happened with the departure of Cristiano Ronaldo, in a key position in the team?

Interesting days lie ahead. Transcendental decisions that will shape the future. Because, don't forget, the club always comes first.