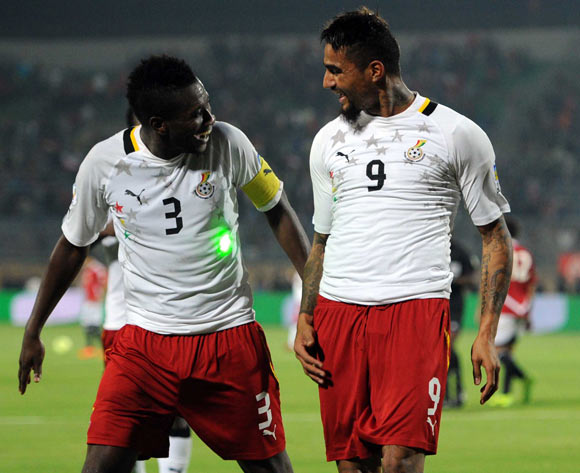 Former Ghana midfielder Kevin-Prince Boateng has been described as a good guy by Asamoah Gyan, who claims the former Barcelona man worked hard to be included in Black Stars team.

The Hertha Berlin attacker is regarded as one of football's most controversial figures, having been involved in a number of incidents during his career.

This includes his sacking from Black Stars camp during the 2014 World Cup in Brazil for allegedly verbally assaulting then-coach Kwesi Appiah.

But Gyan, insists Boateng is a good person, revealing that the former German youth international watched Ghana’s games at the 2006 World Cup in Germany.

“Kevin Prince Boateng is a good guy. The first time he came in he told me how much he loved Ghana and that he was in the stadium to watch us in 2006,” Gyan said.

“Kevin Prince Boateng came and showed what he could do. Those are the kinds of players I’d like to acknowledge. He was not in the plans of the coach, he had to fight his way in,” he added.

Between 2010 and 2014, midfielder Boateng made 15 appearances for the Black Stars, scoring two goals.