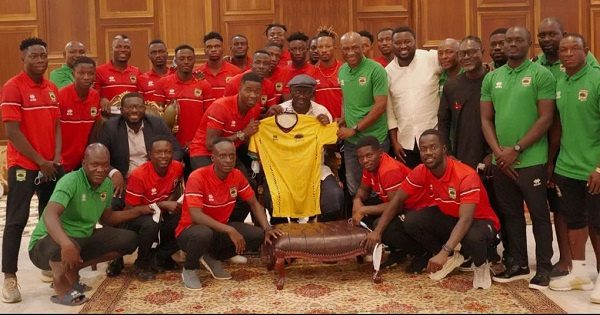 Kotoko won a record-extending 25th title with an impressive record of 19 wins, 10 draws, and five losses in the recently concluded league season.

The victory means a return to the CAF Champions League, which they have won twice but have struggled in recent years, with their last group stage appearance coming in 2006.

The team went to the home of Kufuor, their former board chairman, to present him with the trophy. They went to him for blessings during the campaign, so it is only fitting that they return with their reward.

The meeting was all smiles, with champagne popping to celebrate the title's success.

"I congratulate you for winning the league, am urging you to do well in Africa as you did in winning the Ghana Premier League," Kufuor told the team.

"The team must always stay focused and united if they want to achieve success."

The kind words of our former Chairman and former President of the Republic, John Agyekum Kufour to our CEO and the entire team.#Fabucensus pic.twitter.com/8PXqOZIp9h