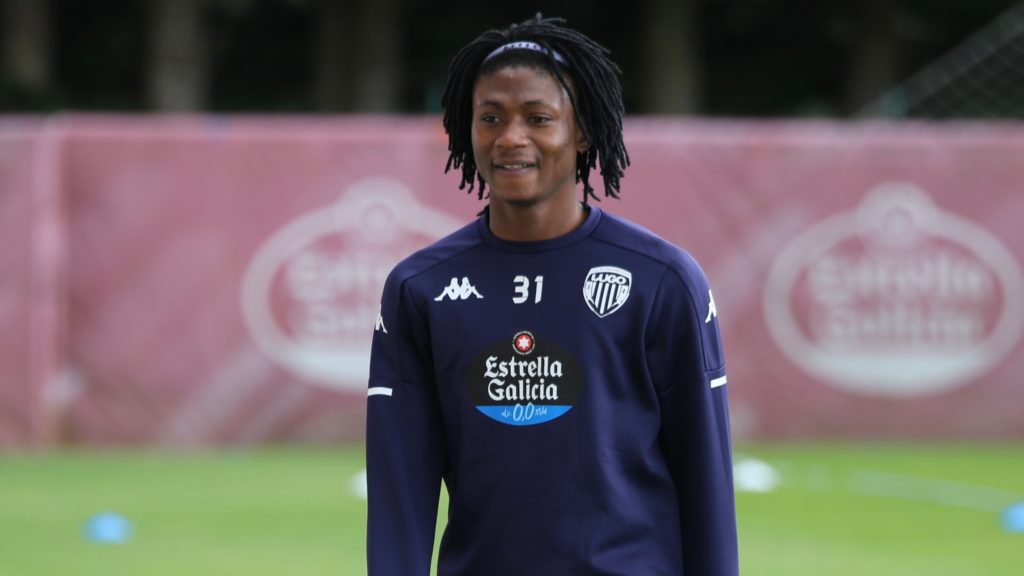 Former Ghana youth star Najeeb Yakubu has reached an agreement with Spanish Segunda Division side CD Lugo as he joins the club with immediate effect, GHANAsoccernet.com can confirm.

Yakubu has since began training with the club's first team after completing his medical examination and other details of his transfer.

The 21-year-old who plays as a fullback and sometimes as a winger on both sides is a former U17 international for Ghana where he played at the FIFA World Cup held in India in 2017.

Yakubu is joining Lugo from Ukrainian Premier League club Vorskla Poltava, being included in the quota authorized by UEFA of free players due to the conflict arising from the Russian invasion of the country.

Before the war broke out, the promising talent had made 16 appearances for Vorksla in the Ukrainian top-flight.

The youngster moved to Ukraine to join Vorksla in September 2018 from Nigerian side Niger Tornadoes.

This was after excelling at the FIFA U17 World Cup where he played all matches when Ghana reached the quarter-finals stage.

Lugo will provide timely information on possible developments in this regard.

Yakubu recently received an invitation to play for the Niger national team after successfully switching nationality but couldn't join the team to mark his debut.