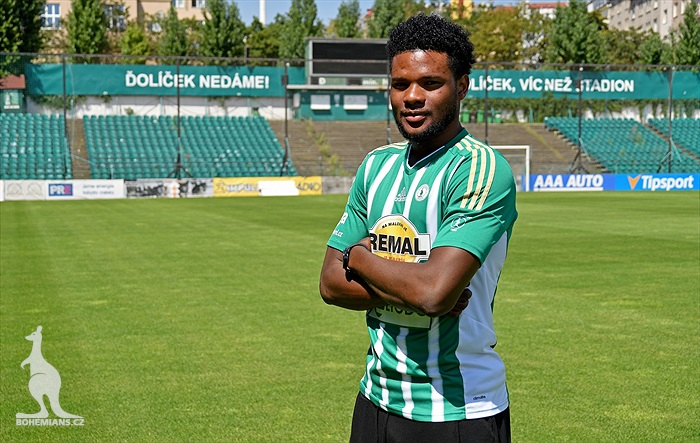 The 20 year old will be joining from Bohemians, where he has been on loan since last season from Belgian giants Standard Liege.

According to  Sparta Prague manager Zdeněk Ščasný, the Ghanaian youngster is one of the players he is keen to sign to beef up his attack after a disappointing season in which they finish fifth on the league log.

“We are not counting on defender Michael Kadlec nor French midfielder Rio Mavuba in the upcoming season.” Scasny told Radio CZ

“We have penciled three or four players we want to sign this summer and Benjamin Tetteh of Bohemians is one of them. We are ready to sign him”

Benjamin Tetteh was one of Ghana's best player at the FIFA U-20 World Cup in New Zealand earning him a move to Standard Liege.

However, he found competition stiff at the Belgian club before leaving on loan to Czech side Slavko.

Tetteh was the main man upfront last season and always started when he is fit as Bohemian finished 7th on the league.

He has previously featured for Mighty Jets, Dreams FC, Standard Liege as well as FC Slovacko.