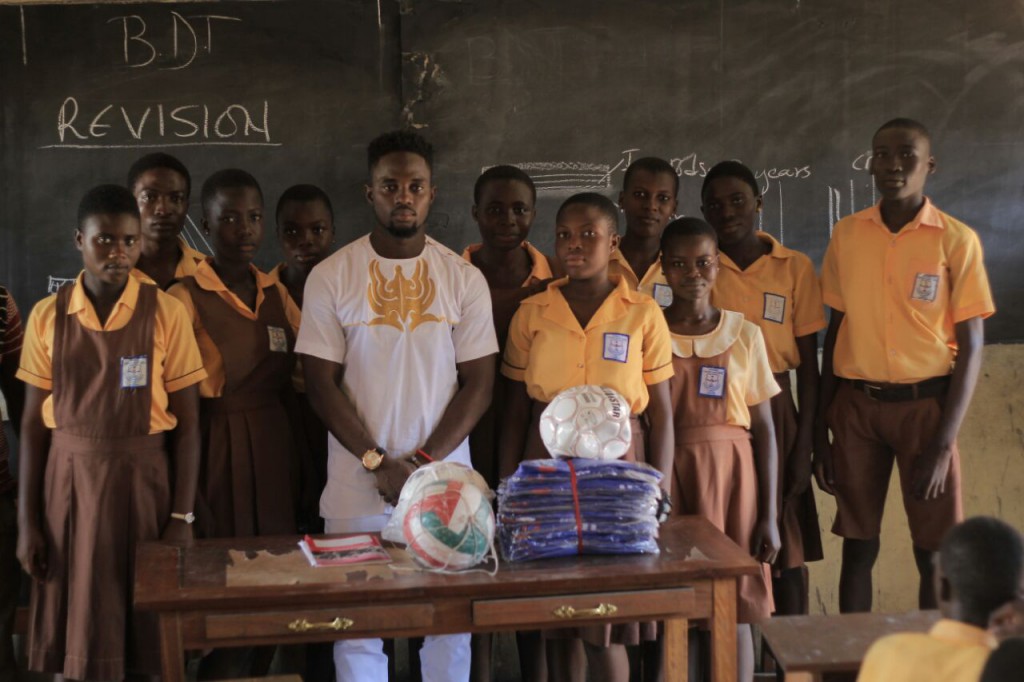 The items which included footballs, volleyballs and a set of brand new football jerseys were donated to the school by the player and his representatives as he is currently in the country to prepare and go back to Tanzania.

Donating the items, Afful said he is giving back to the school because it made him what he is today and wants to help others to also realise their dreams of aspiring high in sports.

"It is always good to look back and give back to society what it gave you so that others can also benefit. This is not enough but it is a little gesture to show that we also care," Afful said.

He advised the pupils and encouraged them to aspire high to inspire others in future as he is doing for them.

"I also want to take this opportunity to tell the young pupils that they have a good future in whatever career they want if only they study hard. Those who want to go into sports too must fight hard and prepare well for whatever sports they want to pursue."

Afful played for relegated Ghana Premier League side Sekondi Hasaacas in the just ended league but has signed a three year deal with Azam of Tanzania and will be joining the side in a few weeks time to prepare for the Tanzania League.