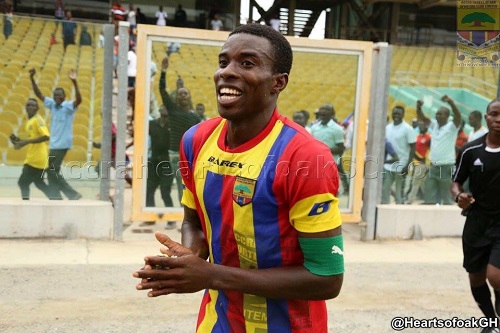 Former captain of Hearts of Oak, Thomas Abbey has revealed the reasons for their defeat to Asante Kotoko in the 2017 MTN FA Cup.

Hearts were thumped 3-1 by their fierce rivals in Kumasi, despite a good run to the final which saw them labelled favourites for the Cup.

However, a first half hat-trick from Saddick Adams condemned and deflated any form of comeback from the Phobians.

According to Abbey, players refused to train ahead of the finals in Tamale because the club failed to pay their salaries and bonuses for three months.

“I can say that before the match, everything favoured Hearts. We were supposed to win but there were very serious problems in the team. We had not been paid for three months and winning bonuses from seven matches were also not paid," he ttold Angel FM.

“I can tell you that, before the final, we were not even training. We were protesting so we will go to the training grounds and only jog for twenty minutes and go back home.”

“Most of the players had their contracts expired so we knew the match was the last opportunity to demand our pay. Not surprising that we lost in the first half. I can say it was what led to the defeat.”