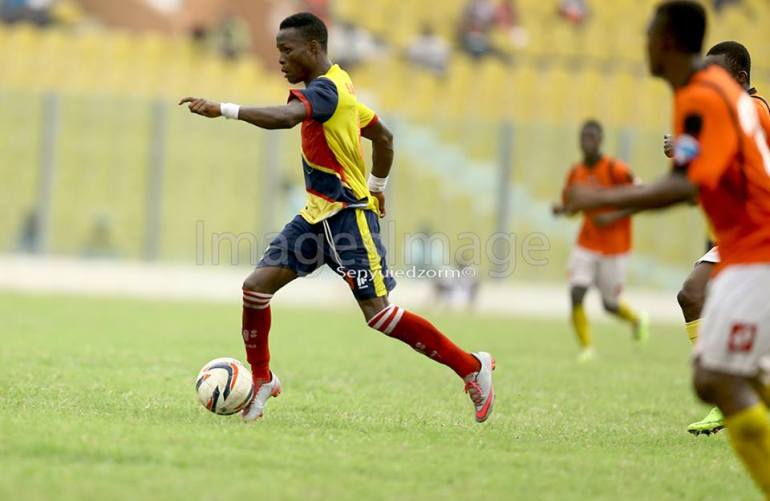 The skillful midfielder left the Phobians last year after reports emerged that he was on his way to Morocco to join Raja Casablanca.

However, the rumuors were quashed with the former Tudu Mighty Jets player remaining a free agent since.

With the Ghana Premier set to start in a fortnight time, reports in Kumasi reveal Samudeen Ibrahim is set to join Alhaji Grusah's outfit.

According to reports, the ex-Hearts player was spotted at the training grounds of King Faisal last week and could start training with the team today.

Ibrahim's move could be made official this week if he passes his medicals.