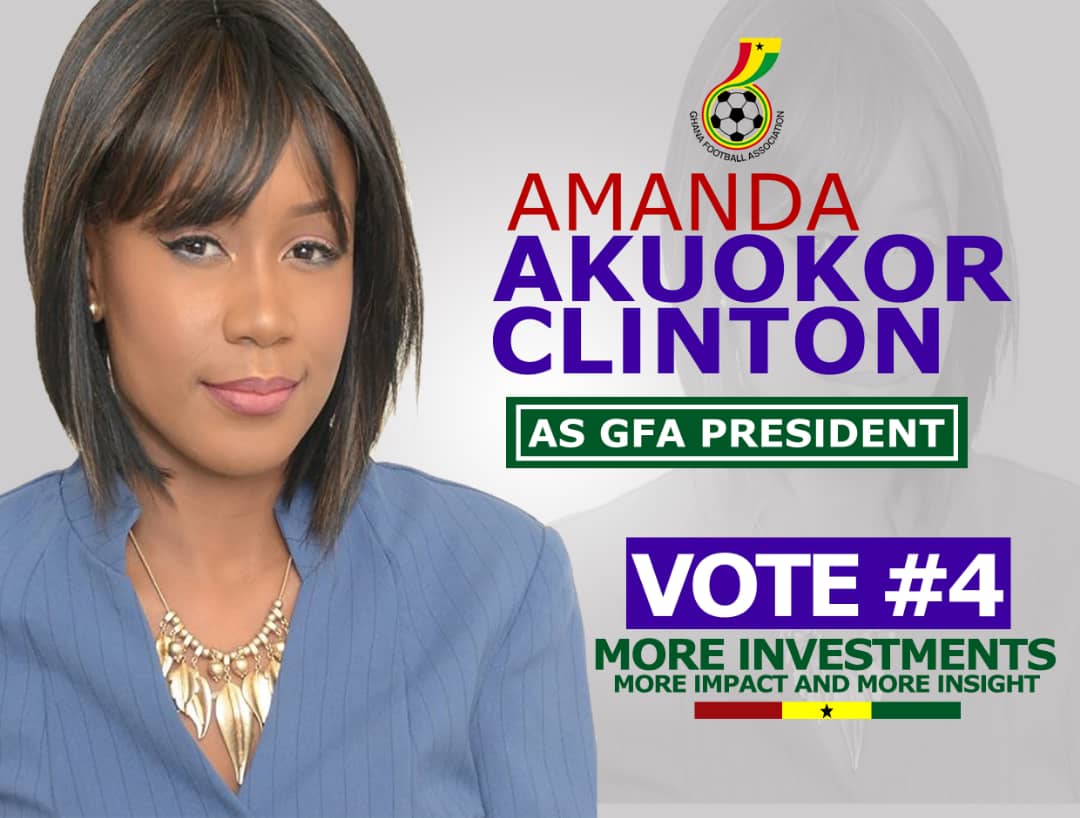 According to the ex-Minister, Ms. Clinton has the credentials to run Ghana Football and can not be manipulated by external influences.

Amanda Clinton announced her decision to run for the FA President position after the NC announced nomination for the highest office at the FA.

The affable legal practitioner became the first female to run for the position after successfully passing her vetting.

"The only person I would have wished for the GFA position is the lady," he told Akoma FM. "I see the lady as someone who cannot be manipulated by whoever,' he added.

"She is someone who doesn't owe anybody in the fact that I am owing you. Like we are brothers, why do you want to do this or that," he said.

Amanda Clinton will be facing five other candidates for the top job, including former Vice Presidents George Afriyie and Fred Pappoe.