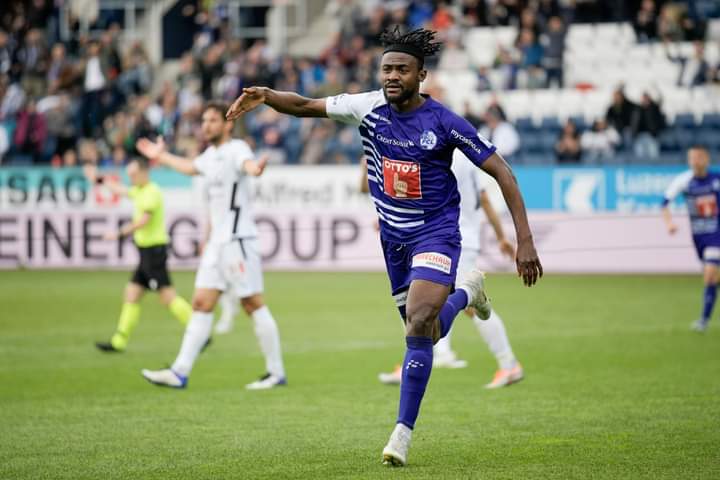 Ghanaian forward Asumah Abubakar-Ankrah scored his 5th goal of the season in the Swiss Super League on Sunday when FC Luzern thrashed Servette FC in a round 33 match.

Abubakar-Ankrah scored the opening goal of the match and assisted another as Luzern cruised to a 4-0 victory over Servette at the Swisspor Arena to cushion their fight against relegation.

The 24-year-old put the home side ahead in the 38th minute after connecting a pass from Tunisia international defender Mohamed Drager.

Luzern doubled their lead through Serbian forward Dejan Sorgic as he was set up by Ankrah in the 66th minute of the match.

Senegalese forward Ibrahima Ndiaye increased the tally for the hosts in the 82th minute before another Serbian forward Nikola Cumic sealed the victory four minutes from full-time.

Luzern remain at the 9th position with three points away from safety despite Sunday's massive victory.

Abubakar-Ankrah now has 5 goals and two assists in 15 appearances for Luzern in the Swiss top-flight this season.