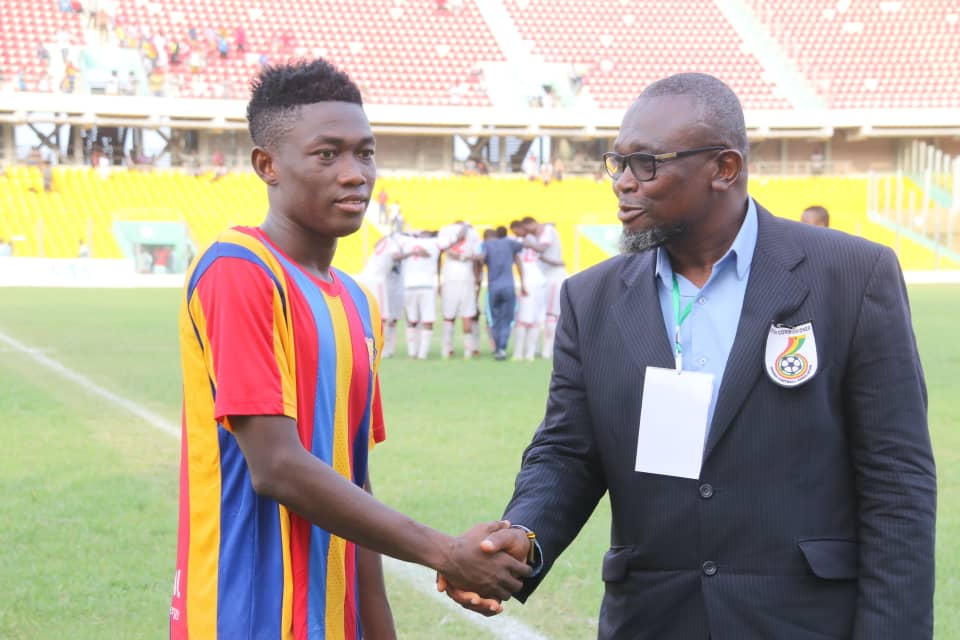 Four of Hearts of Oak's players will mark their Ghana Premier League debut on Sunday when the Phobians host Berekum Chelsea at the Accra Sports Stadium.

Youngsters Michelle Sarpong and Manaf Umar, who joined the club from the youth side will make their debut after impressing in the NC Special Competition.

Sumaila Larry and Kofi Kordzi have also been impressive during the preseason and will be making their first Ghana Premier League appearances.

The quartet of players will play vital roles in the Phobian set up this season, especially Manaf Umar and Michelle Sarpong who have secured starting roles in first eleven of the club.

Kordzi has been prolific for the Phobians netting a couple of goals during the Special Competition and scored the only goal in Hearts' defeat to rivals Asante Kotoko in the President Cup.

Meanwhile, Sumaila who struggled with injuries during the early stages of his career with the Rainbow club could seize the opportunity this season after his fine performances for the team during preseason.

Hearts begin the season with the shocking news of the sacking of Kim Grant, however assistant coach Edward Odoom will take charge of the club until a substantive gaffer is found.