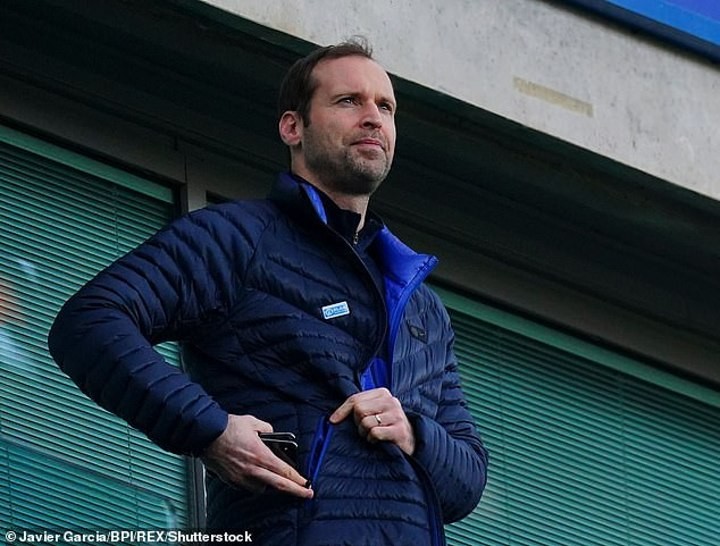 Chelsea manager Frank Lampard and sporting director Petr Cech made an 'undercover' trip to Germany to help the Blues pip their Premier League rivals to the signing of Timo Werner.

The highly sought-after RB Leipzig striker has agreed in principle to join Chelsea in a stunning deal worth £53million move on wages of £180,000-a-week.

The German international was also being courted by Liverpool and Manchester United, but opted for the West London club after former Lampard and Cech added a personal touch in their efforts to securing him.

According to the Telegraph, the former team-mates, now in charge at Stamford Bridge, laid out their plans for the manager's vision of how Werner would fit into the team, which massively impressed the striker.

The Chelsea pair were similarly impressed and contact between the trio continued after the trip, which took place just before the global coronavirus lockdown.

The report indicates Werner's clear understanding of Chelsea's plan for him swung the deal in their favour.

It is believed that Cech played a key part, as his fluent German speaking helped with communications to the 24-year-old's father and agent.

Liverpool were hot favourites to secure Werner's signature before the COVID-19 pandemic after a possible £50m release clause in his contract, but the disruption has played havoc with the Merseyside club's finances.

Chelsea found themselves in a more comfortable financial position due to their transfer ban capping their spend, as well as the sale of Eden Hazard to Real Madrid last summer.

Lampard and Cech were hugely successful during their 10 years playing together, winning three league titles, the Champions League and the Europa League as team-mates.

Both club legends at Stamford Bridge, the pair began their roles as manager and sporting director last summer.