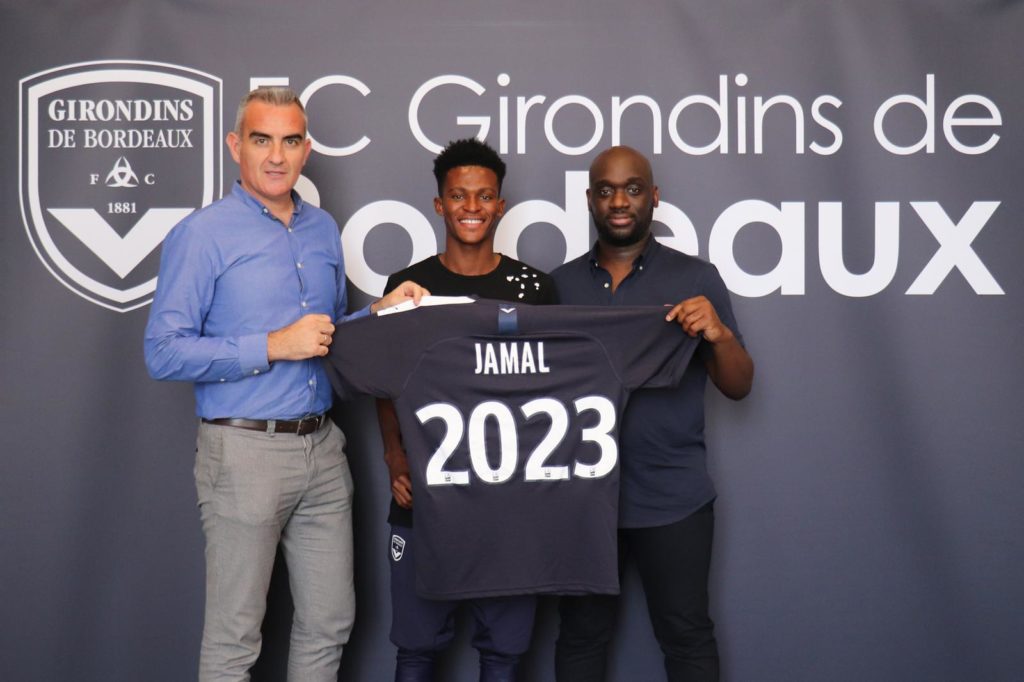 UK-based agent J.Kwasi Siaw says French Ligue 1 side Bordeaux fits Haruna Jamal like a glove and predicts the teenager has made the right choice.

The creative playmaker previously had a trial session with German giants Bayern Munich two years ago but a deal could not be reached.

Due to his performances, the Kumasi-born player has a great opportunity to showcase his talent in a very multi-cultural league like the Ligue 1.

''If you look at the development in recent years of top wingers such as Malcom previously of Bordeaux, Ismaïla Sarr of Rennes Pepe at Lille the French market produces special talents and it's a diverse league which allows  African players to shine,'' Siaw, CEO of Sync Global Sports, told GHANASoccernet.com

''Bordeaux have all the resources to help Jamal develop further.''

Jaml starred during the Normalisation Competition Tier I Special Competition where he scored three goals and won four Man of the Match awards.