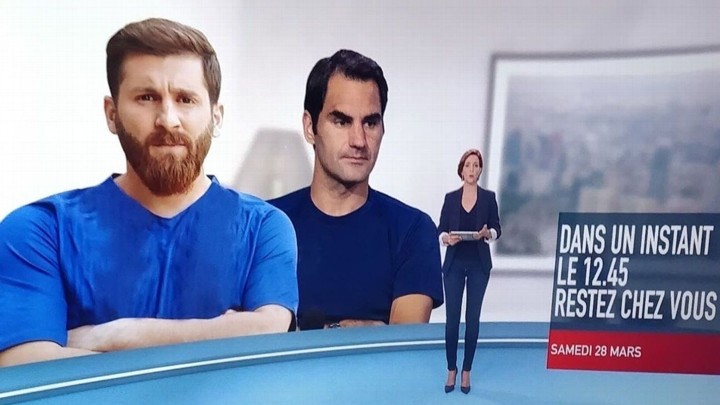 Lionel Messi is a six time Ballon d'Or winner, considered one of the best players to have ever graced the game of football and very recognisable but apparently not according to one French television channel.

The Barca star's own lookalike Reza Parastesh, known as the 'Iranian Messi,' will never have a better endorsement of his work than being used by accident as an image of the player.

That's exactly what happened on Saturday afternoon when French broadcaster M6 were reporting on how sports stars are donating to causes during the Covid-19 outbreak. Along with an actual picture of Roger Federer was a picture of Reza.

Reza looks so much like the 32-year-old footballer that last year Marca reported that the Iranian had 'tricked' girls into sleeping with him by claiming to be the Barca star.

The Barcelona captain donated €1 million earlier in the week which is being split between a hospital in the Spanish city and another in Rosario, Argentina, where Messi was born.