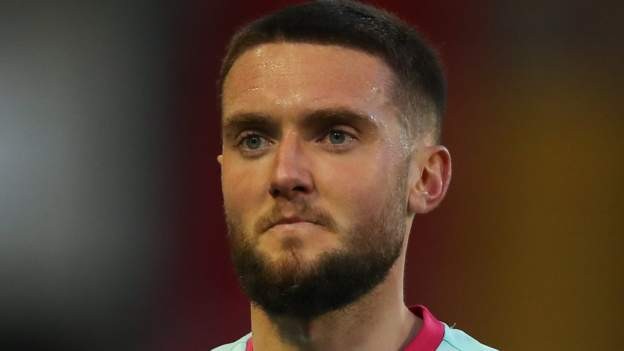 The midfielder, 26, is likely to leave the Liberty Stadium this summer as he has only a year to run on his contract.

Swansea have been expecting to lose Grimes since defeat to Brentford in May's Championship play-off final as they can only afford to offer him a new deal on reduced terms.

Grimes has been one of Swansea's star performers since they were relegated from the Premier League in 2018.

Swansea are understood to value the former Exeter City youngster at around £5m, although they may have to settle for a lower fee than that.

Fulham, who were relegated from the Premier League last season, have just sold midfielder Stefan Johansen to Queens Park Rangers for an undisclosed fee, while they have signed Wales international Harry Wilson and former Tottenham goalkeeper Paulo Gazzaniga.

Connor Roberts and Jake Bidwell are two other Swansea players who will be out of contract in 2022 and who could attract interest from elsewhere, although Roberts' groin injury may reduce the chances of him moving on during the summer transfer window.

THE ROAD TO TOKYO: Paralympian Tanni Grey-Thompson charts the road to the 2021SOCIAL MEDIA & SPORT: Vicki Blight investigates the impact of social media in sport