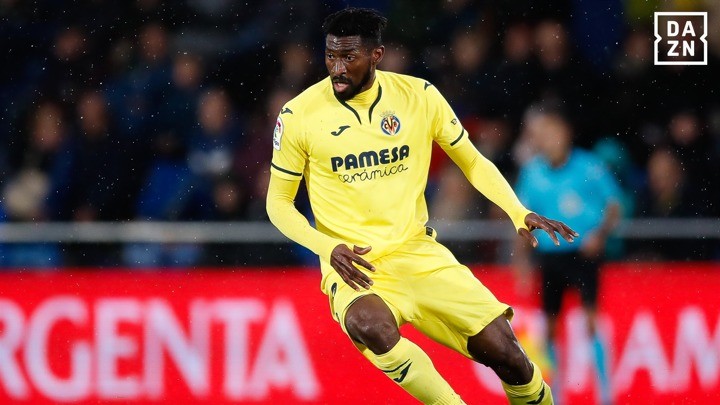 Andre Zambo Anguissa has laughed off speculation linking him with an unlikely summer transfer to Real Madrid.

The former Marseille player is currently under contract with Fulham in the Championship but has spent the last season on loan at Villarreal, where his performances have caught the eye.

Indeed, so well has he played, he has been touted by some members of the local press as a potential addition to Zinedine Zidane’s squad. The powerful 24-year-old, however, claims to know nothing of such speculation and says that there has been no contact made over a potential switch.

“No, no, no, I can't confirm anything at all,” he told Canal+ Sport Afrique. “I'm not someone who reads or listens to rumours.

“My agent and I have a deal. He manages everything around me and I just focus on the park. At the end of the season, we will take stock of where we are and see if there is anything interesting.

“I can't say there was any contact with anyone. I would be lying to you.”

Zambo Anguissa began his career with Marseille, where he made more than 100 appearances before making a big-money move to Fulham in the summer of 2018. The Cameroon international failed to live up to his price tag as the Cottagers suffered a difficult campaign in the Premier League, which ultimately ended in relegation.

He has not featured at all in their push to win a place back in the top-flight this season, which currently has the Craven Cottage side third in the Championship, six points behind West Bromwich Albion in the second automatic promotion spot.

Out on loan at Villarreal, he has proven something of a hit, turning out 25 times in the Primera Division, scoring once and creating another for the side that sits eighth in the standings.

On Saturday, it was confirmed that Spanish football will be able to resume after an unscheduled three-month break because of the coronavirus pandemic, with play due to resume on the weekend of June 9. Villarreal remain in the hunt for European football next season, having won 11 and drawn five of their 27 fixtures.