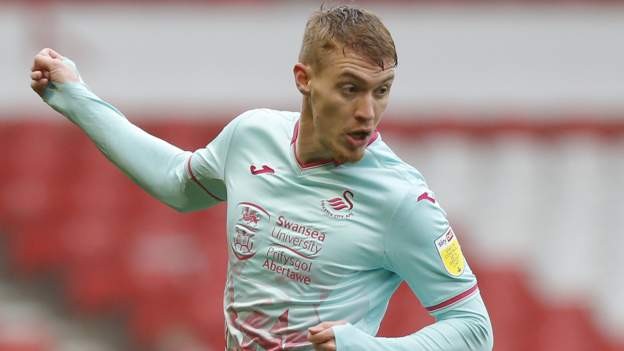 Jay Fulton has represented Scotland at under-21 level

Swansea City midfielder Jay Fulton has signed a new contract with the club that will run until 2024.

Fulton's been in impressive form under Steve Cooper this season and his contract was set to expire in June.

The Scot, 26, has scored eight goals in 121 appearances since joining Swansea from Falkirk in January 2014.

"Jay is in really good form, he has contributed an awful lot this year, I cannot tell you how professional he is," Swansea boss Steve Cooper said.

"He always puts the team before him, he's the ultimate squad man, a selfless individual.

"He deserves a lot of recognition for his performances this year."