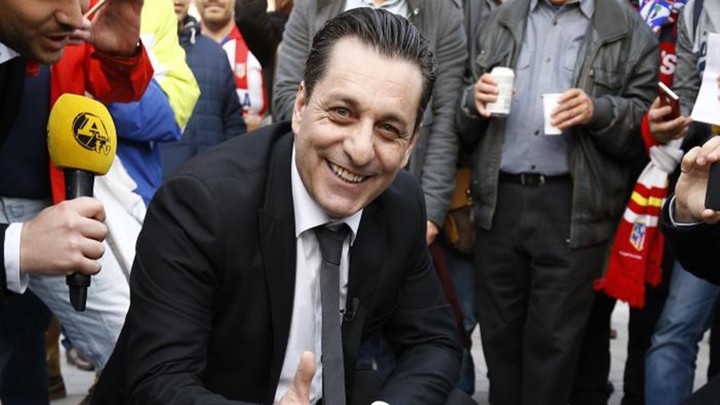 Former Atletico Madrid winger Paulo Futre has revealed that he was very close to signing for Barcelona with his contract details written on a napkin.

These strange events are not so dissimilar from the contract that bound Lionel Messi to Barcelona at the age of 12 years old.

"I was close to signing for Barcelona," he told Mundo Deportivo.

"So close that I [actually] signed. Before Messi's famous contract on a napkin, they did it for me.

"Porto and Barcelona reached an agreement at a Viennese bar."

"At that moment, I was one of the most sought-after players in Europe," Futre said.

"After the Champions League final in 1987, talks with Barcelona were very advanced and [Barcelona president] Nunez didn't want to miss out on the chance to sign me," he added.

"The only reason I never wore a Barcelona shirt was the fact that Terry Venables, coach of Barcelona at the time, wasn't interested in me. Terry Venables rejected a move for Marco Van Basten who eventually went to AC Milan on a free transfer." Futre claimed.

"In a parallel universe, I would have been receiving long balls from [Ronald] Koeman and the dream team, but I prefer to dream about Cruyff coachingmy beloved Atleti with [Bernd] Schuster, Pichichi Manolo [Manolo Sanchez Delgado] and the rest of my rojiblancos teammates."

After Atletico Madrid, Futre went on to play for a number of teams including Benfica, Marseille, Reggiana and West Ham United before finishing his career at Yokahoma Flugels in Japan.