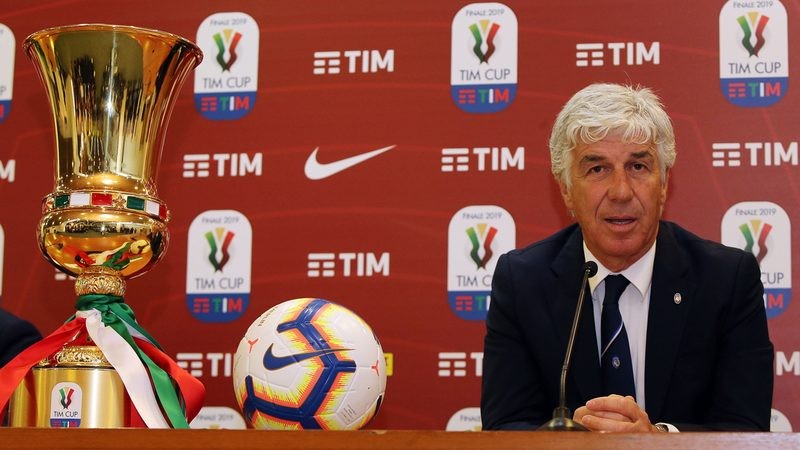 After losing the Coppa Italia to Lazio, Atalanta boss Gian Piero Gasperini was livid that his side weren’t given a penalty when Bastos appeared to handball in the first half.

Two late goals, first from Sergej Milinkovic-Savic then Joaquin Correa were enough to help Lazio to a 2-0 win and claim their seventh Coppa Italia crown.

“Bastos’ handball was a clear penalty,” Gasperini told the press. “There would also have been a second yellow card and it determined the destiny of the Coppa Italia.

“To do this against Atalanta is disgusting, it takes away any credibility VAR has. It is an ugly moment in Italian football, how can you not see it.

“There aren’t any doubts about the interpretation. There was a penalty, a sending off and a team should have to play an hour of a cup final with 10 men.

“Why did it happen? Give me a justification. I didn’t see it live, but there is VAR, and there is no doubt it was a foul.

“How can you do that? How can you not give it? This stuff is ugly, it’s a mockery to the 21,000 people who came down from Bergamo.”

On the way the game panned out itself, Gasperini didn’t think Atalanta were able to show their true talents in the final.

“In the first half we were unable to express ourselves properly,” Gasperini went on. “In the second half we were more balanced, but games like this are decided on single incidents.

“We conceded at a time when we weren’t under pressure.”