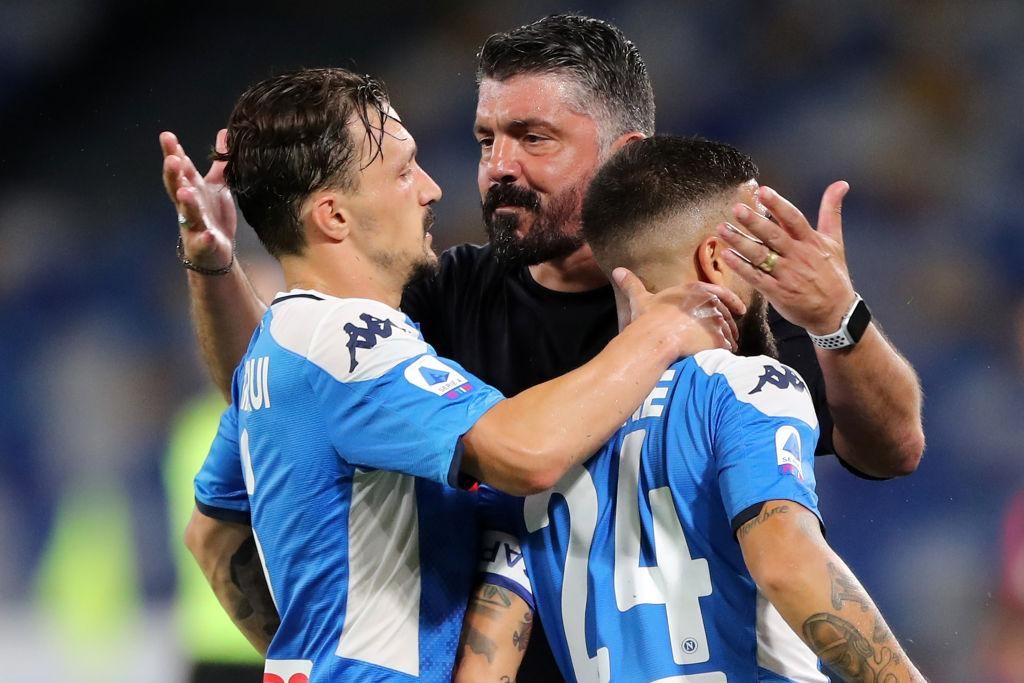 Gennaro Gattuso was full of praise for his side after their 2-1 defeat of Roma at the Stadio San Paolo on Sunday evening, a result that sees the Azzurri draw level on points with the Giallorossi.

“I have some great players and a quality squad,” said Gattuso after the game. “Our mentality was spot-on today and that’s what has perhaps been lacking at times in the past. This squad has a lot of strengths and potential. I expect them all to continue developing across the board because we need to take a step up. The majority of the players I have at my disposal will be here next year too, so we need to raise the bar, show we know how to dig in and play to the best of our ability.”

Gattuso singled out Lorenzo Insigne for praise after his winner in Naples on Sunday evening.

“Lorenzo is an intelligent lad who is very willing – I think that’s his strength,” he said. “He has a lot of good attributes. I’m always asking him to look for one-on-ones. When he’s moving well, he can make all the difference.”

Asked whether these big results over rivals can prepare the side for the clash against Barcelona next month, Gattuso preferred to keep the focus on upcoming league matches.

“Right now I’m not thinking about that,” he said. “All I’m focusing on at the moment is the Genoa game. Let’s concentrate on finishing the season strongly, then we’ll look at the Champions League.”