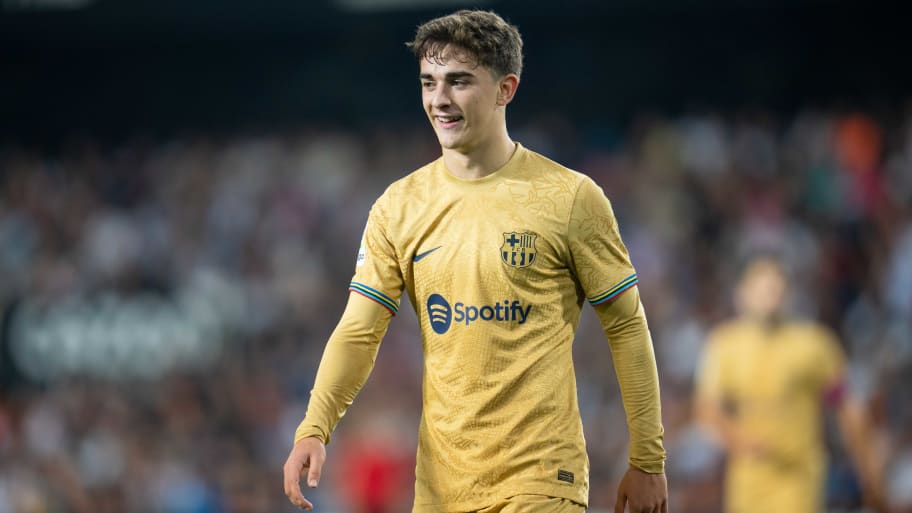 The 18-year-old enjoyed a stellar breakout season for the Blaugrana last year, making 47 appearances and becoming a key figure in Luis Enrique's Spain setup ahead of the World Cup.

Gavi recently claimed France Football's Kopa Trophy, and has added another high-profile gong to his collection after winning the Golden Boy award on Monday.

The Golden Boy award has been won by several great players in the past including Lionel Messi, Raheem Sterling, Erling Haaland and Paul Pogba, while the 2021 victor was Gavi's Barcelona midfield partner Pedri.

Gavi has also become the fourth Spaniard to win the award - a record for a single nation, following in the footsteps of Cesc Fabregas, Isco and the aforementioned Pedri. He is also the third winner from Barcelona, tying Manchester United with three triumphs apiece.

How is the Golden Boy award voted on?

Italian publication Tuttosport ask journalists from 10 other European countries to nominate five players competing in Europe under the age of 21 for the award.

10 points are awarded for a first-place vote, seven for second, five for third, three for fourth and one for fifth.