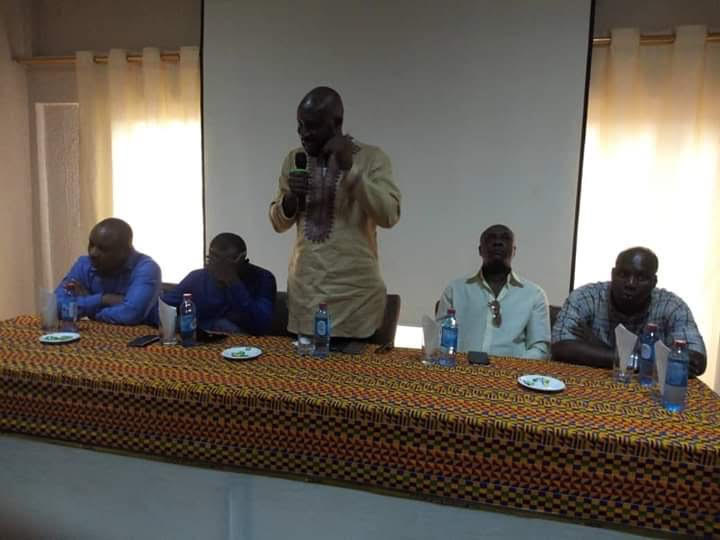 Ghana FA president hopeful George Afriyie claims he understands 'football politics' than his competitors as the election campaign gets heated.

The former Ghana FA second-in-command has put his hat in the election ring, seeking to succeed former boss Kwesi Nyantakyi.

Mr Afriyie has been touring the Brong Ahafo region interacting with club owners and top officials as he continues his campaign to become the leader of Ghanaian football.

And has been touting his credentials to local journalists in the region, claiming he understand 'football politics' than his competitors.

"I understand football politics than many of the people who have expressed interest in contesting for the position.

"Like Sir John said, fear delegates. Nobody is saying that one will get 100% but you want to aspire to get 100%.

"There will be so much speculation in the air. But what I can tell you is that if you meet any of those seeking the high office of football, tell them to get to the club owners.

"The team was formed by somebody.If you are appointed to work, it does not mean the team belongs to you.

"We know how to get the votes and we'll work towards it.We are not sleeping and will work hard until is victory is achieved.

"In the coming weeks when the election roadmap is clear, we'll release the campaign team. We have a campaign team in place, a full campaign team. It's a blend of people from all walks of life but importantly 90% are football persons.

"There are some names that if you hear, your heart will pump.We have very strong pillars behind this campaign.

"In the coming days the names will come up when the roadmap is clear.

The former Liberty Professionals director is one of 10 candidates that have expressed interest in replacing the former Ghana FA boss.

He fell out with Mr Nyantakyi after a 13-year association.

Afriyie is considered one of the front-runners for the top job but the coming days with put the hugely anticipated election in proper perspective.