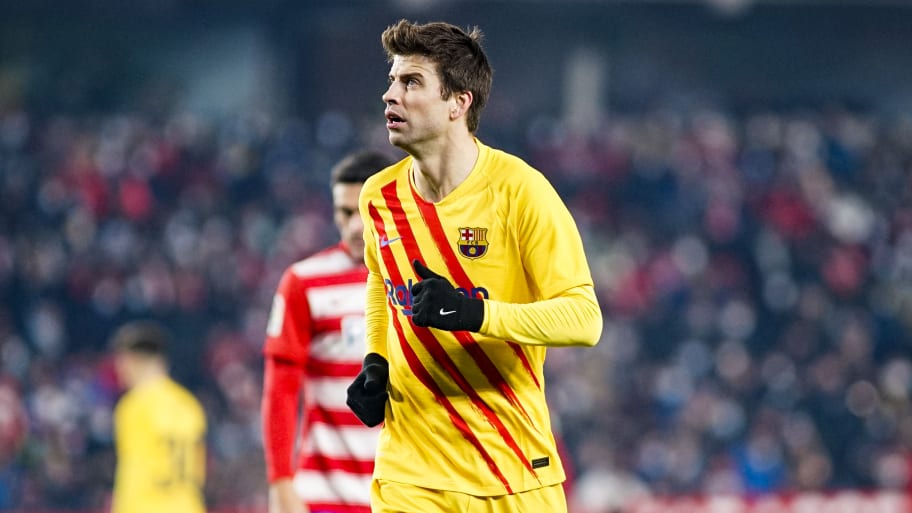 Barcelona centre-back Gerard Pique and Villarreal boss Unai Emery have been embroiled in a war of words following some controversial referee decisions.

Valencia and Real Betis have both taken to Twitter to question decisions from officials, with the former specifically claiming to have been 'robbed' in their 4-1 loss at Real Madrid.

Pique couldn't resist the chance to get involved in that, replying to Valencia's post by saying: "Don't say it too loudly or they'll punish you."

However, his comments didn't sit well with Emery, who was quick to remind Pique that he was the one pleading ignorance a few weeks ago when he survived a handball call in a meeting with Villarreal back in November.

“What happened to Pique here was handball and a penalty, it clearly touched his hand and we lost that game," Emery said. "Yesterday he put protests on Twitter over other teams. You have to be sincere and not confuse people.

“Instead of shutting up, he said what he said to fool people. We are neither honest or loyal to VAR or football."

The final blow came from Pique, who did some digging and questioned Emery over his previous comments about the referee in Barcelona's famous 6-1 victory over his PSG side in 2017.

"We're talking about a person who three years later was still complaining about the referee of the 6-1," Pique wrote on Twitter. "Get over it, Unai."

Pique has been enjoying biting back on social media recently, posting a picture of his latest payslip from Barcelona to dismiss allegations over his high wages.

The centre-back was accused of being the club's highest earner at around €28m per season, but Pique posted proof of what he claimed was 'only' 50% of his wages, €2.3m.

This article was originally published on 90min as Gerard Pique & Unai Emery clash in heated exchange over referee decisions.