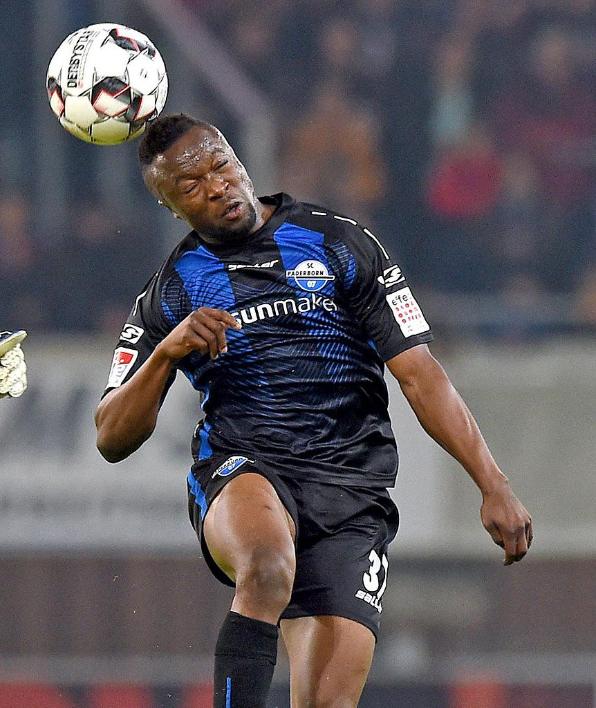 The 21-year-old has been linked with a move to the side after returning to Schalke 04.

The Ghanaian striker enjoyed a fabolous spell at Bundesliga II side SC Paderborn where he rattled in 10 goals and provided 6 assists in 32 appearances.

The Royal Blues have activated their €2.5m buy-back option following his loan spell at SC Paderborn.

Tekpetey has not made no secret about his desire to move away from Schalke.

"I think it would be fair from the club if they let me go now." he told Bild.

However, Schalke are willing to let him go only on an another loan expedition to Fortuna Düsseldorf - a move which has been rejected by the German side.

Fortuna Düsseldorf will only sign the player outright and are not interested in a loan option, GHANAsoccernet.com understands.

Düsseldorf are willing to offer Schalke 10 million Euros for the services of the African striker.

The striker want a club where he can establish himself in the Bundesliga and Düsseldorf offers the best chance in the regard.

He joined Schalke in 2016 from the UniStar Soccer Academy in his native country and featured for the club's U-23s side.

He then moved up to the first team squad in the summer of 2016, going on to make two Bundesliga appearances and one Europa League appearance for the club.

Tekpetey joined Austrian top tier side SCR Altach for the 2017/18 season and made 10 league appearances, scoring one goal.

He played twice for the Black Stars as they reached the last four at the 2017 Africa Cup of Nations in Gabon.