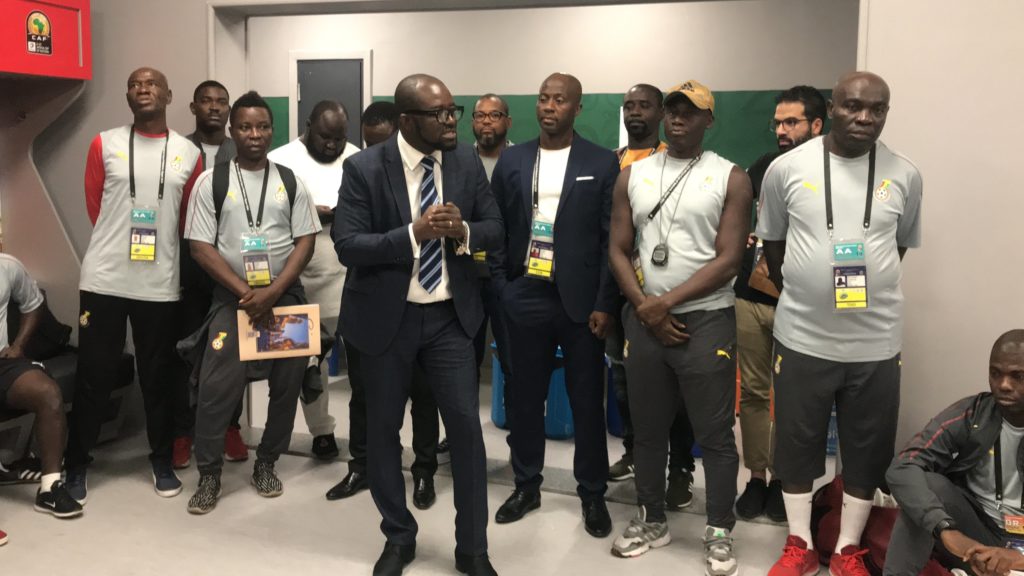 GFA President Kurt E.S. Okraku has urged the Black Meteors to forgo their loss against Ivory Coast and grab a ticket to the 2020 Olympic Games in the third place play-off.

The Ghana U23 lost on penalties in the semi-finals of the U23 Africa Cup of Nations to Ivory Coast on Tuesday which blocked their chance of securing a place in next year's Olympic Games in Tokyo.

The Black Meteors have another chance to book a place in the summer Olympics as they play South Africa in the third place play-off on Friday.

A win will see Ghana booking their ticket to Tokyo.

Following Tuesday's defeat, the GFA Boss was at the team's hotel after the game to inspire and encourage the players and technical staff that all is not lost.

"This match is gone let’s focus on the next match on Friday and our next opponents. All hope is not lost." he said.

He implored the entire team to remain positive ahead of the third place play off.

"Let’s be positive about Friday and get the conviction that we can do it."

He also advised the team to let go all the challenges and focus on achieving their priority.

"This team has gone through battles and people have lost hope. Once again We will give hope back to the entire nation on Friday by securing a ticket to Tokyo."