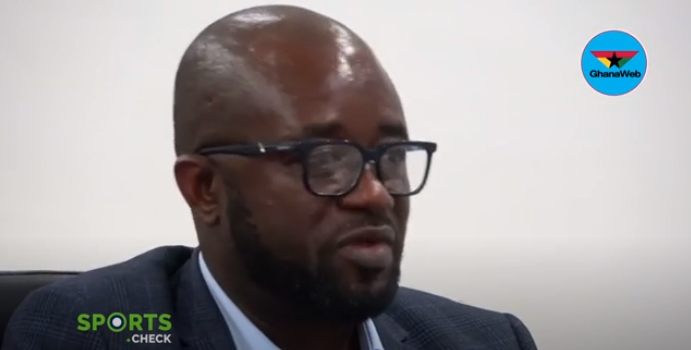 President of the Ghana Football Association, Kurt Edwin Simeon Okraku has revealed that the decision to part ways with Kwesi Appiah as coach of the Black Stars was a unanimous one from the Executive Council.

According to Mr. Okraku, the Association decided not to re-engage the former Ghana coach because they felt the Black Stars needed a different direction.

"First of all, I think the tenure of the coach had ended. The council met and took a decision that we believe is in the best interest of the country," he told Ghanaweb.com.

"We decided not to re-engage and look for a new start all together. I think the decision was unanimously adopted by the congress of the council," he added.

Mr. Okraku quashed claims that he led the FA to kick Kwesi Appiah out of post because he had a personal vendetta against the coach.

"I think that will be most unfortunate because first of all it could sound like a disrespect to all the twelve members on the council of the Football Association and other stakeholders that were engaged when the particular decision was taken," says the GFA President.

"Prior to me being voted President of the Association, I have had my opinions and that was me being the Executive chairman of Dreams FC, where I thought certain intangible assets were of highest quality to the team but in the end I do not make the selection to the team.

"If I make a suggestion like any other person, like the media, it's up to the gaffer to make his decision.

"We all know we woefully performed at the AFCON in 2019, we all know the happening at the 2014 World Cup and we all know all the things that have happened before so when the council put the motion on the floor, it was twelve out of twelve. A big NO."

Kwesi Appiah has since been replaced by former Dreams FC coach C.K Akonnor.