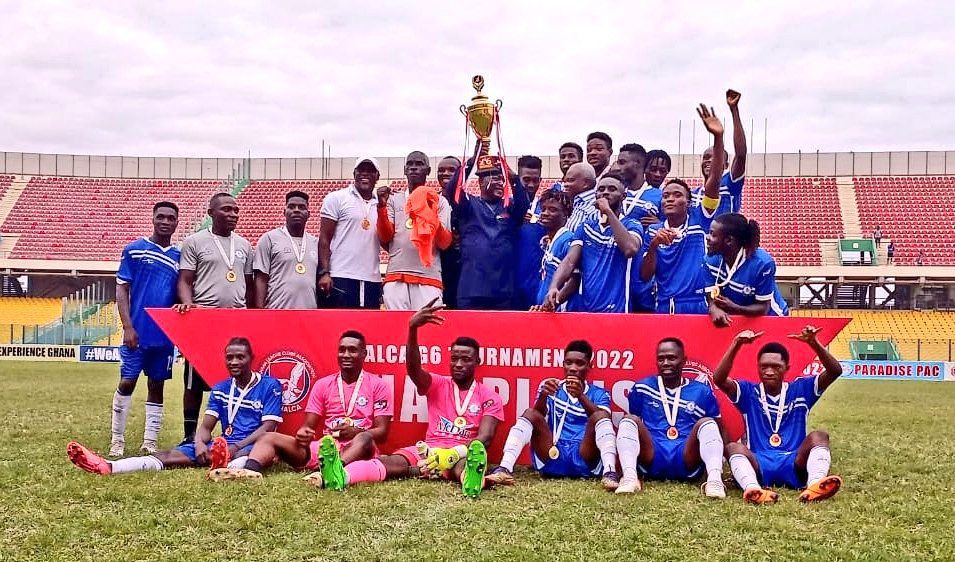 Great Olympics have been crowned champions of the GHALCA G6 tournament after beating Bechem United in the final on Monday.

The Dade Boys clinched the pre-season competition title by claiming a 2-0 victory over the Hunters at the Accra Sports Stadium.

A goal in each half from Abdul Yusif Razak and Adrian Adjetey were enough for Olympics win a silverware before the 2022-23 campaign which kicks off in a fortnight. Yaw Preko’s side thoroughly dominated the fixture right from the start.

Yusif scored the opening goal of the match after connecting a well taken corner-kick with the head from close range.

Just a minute after recess, Bechem skipper Kofi Agbesimah was shown a red card following a controversial decision by the referee after he pointed to the spot for a handball offence.

Adjetey stepped up and converted neatly from the penalty spot to double Olympics' advantage in the 47th minute.

Former Ghanaian international Emmanuel Agyemang-Badu came close to getting the 3rd goal but his thunderous freekick was punched out by young goalie Aziz Haruna.

Bechem forward Cephas Mantey missed a glorious opportunity to reduce the deficit in the 79th minute as the Wonder Club held on to their two-goal lead till the full-time whistle was blown.