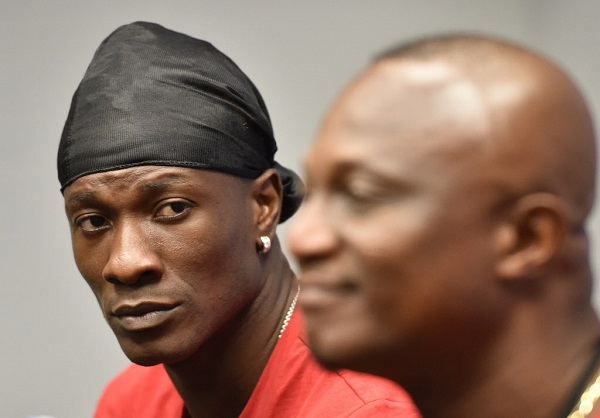 A key aide of Asamoah Gyan has revealed that the former Ghana captain made a shock retirement from the national team because Kwesi Appiah relied on spiritual predictions to strip him off the Black Stars captaincy.

Communication member of Asamoah Gyan Group of Companies, Kweku Obeng popularly known as Maestro says the former Black Stars ace believes that a pastor’s prediction in the media that Andre Ayew is the only person to lead Ghana to the AFCON title led to coach Appiah decision to take the captain’s armband.

“On the 10 May, 2019 there was a publication on Ghanaweb which indicated that a Coach Kwesi Appiah was going to drop Asamoah Gyan. In that report a journalist and prophet had visited Kwesi Appiah at his private residence. In the discussions they had the prophet had told the coach that in a dream he saw Andre Ayew lifting the AFCON trophy. So the coach told the prophet to work on Andre Ayew. So in that discussion that is what has transpired leading him to make Gyan the General captain and Dede the main captain, he told Accra based radio station Adom FM.

“He quickly made some consultations and got back to the coach and asked where the decision was coming from. According to the coach when he was given the job for the second time there was pressure on him to change him as the captain of the side but he overlooked it and now there is too much pressure so he wished Gyan will come out publicly and voluntarily hand over the armband to Andre Ayew”, Maestro explained.

“He called Gyan to come out publicly to relinquish the captain’s armband to Andre Ayew and assured him of the General captain role. The coach did not show respect to him and that was why he retired”, he concluded.

Gyan officially announced his retirement from the Black Stars on Tuesday in the wake of this issue.

He played in seven Africa Cup of Nations and three World Cups for the Black Stars.