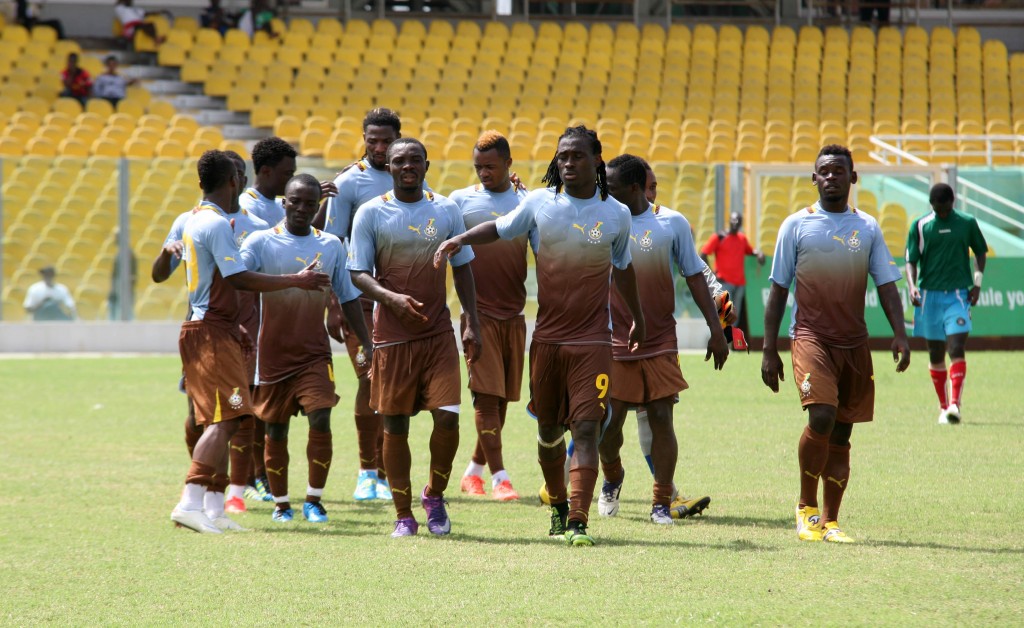 Yartey looks to have been dropped because of the presence of top players like Sulley Muntari and Kwadwo Asamoah who also play in the left wing position while youngster Christian Atsu has been in explosive form.

Asante's eligibility uncertainty looks to have led to his exclusion despite his good form in training.

Alhassan, who got the chance at the Nations Cup, was overshadowed by Berekum Chelsea's Richard Kissi in training.

In all there are six locally-based players in the party of 24 - including three from African Champions League contenders Berekum Chelsea.

Berekum's Emmanuel Clottey is the top scorer in the club competition so far this year, with his six goals helping his side reach the last eight.

Under-20 World Cup star Dominic Adiyiah, who missed out on selection for the 2012 Africa Cup of Nations, returns to the party to lead the attack along with Jordan Ayew.

Adiyiah's form in training has been excellent and he could be partnered upfront with Emmanuel Clottey who is also looking sharp.

Ghana tackle Lesotho in Kumasi on 1 June, for what will be Appiah's first match in charge.