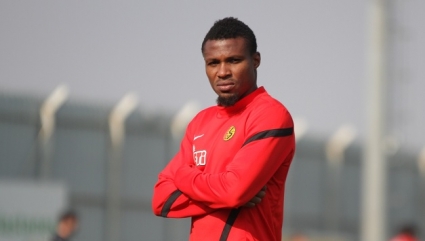 According to media reports, the versatile guardsman wanted €14m which was his accumulated unpaid salaries and bonuses but Eskişehirspor are ready to pay only €9m which has not gone down well with the player.

This has led Akaminko,30 to tend in a contract termination letter and is on his way to Federation of International Football Association so that the World football governing body can force Turkish giants to pay the money.

The former Heart of Lions centre-back current contract was due to expire in the summer of 2019.

He was a key contributor for the side after making 31 appearances last season.