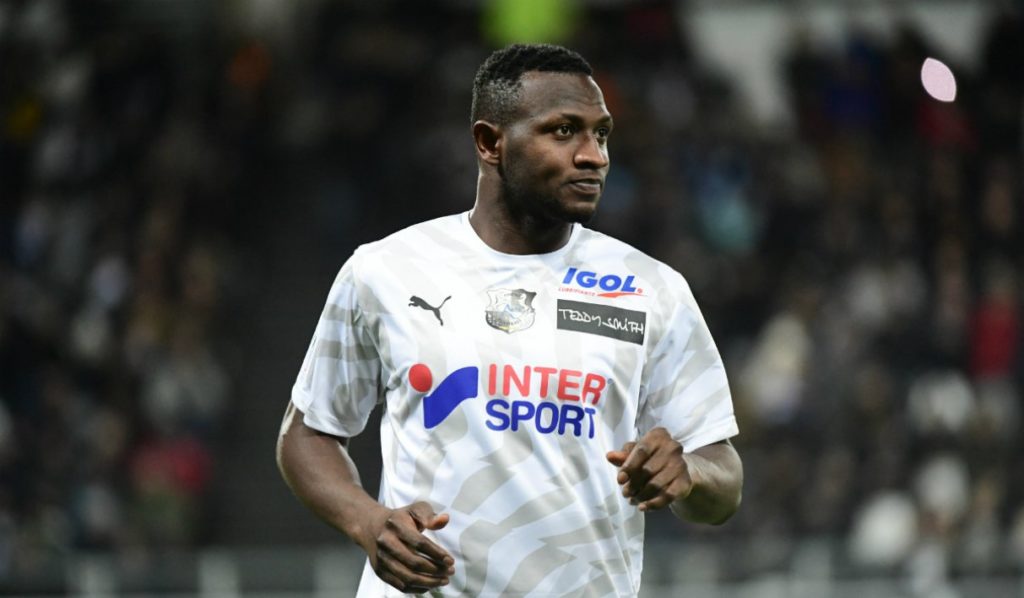 Ghana defender Nicholas Opoku picked up an injury against Rodez in the French Ligue II on Sunday and is set to be ruled out for several weeks.

The 23-year old could not finish the game and was replaced in the 80th minute by  Nathan Monzango.

After the game, Amiens coach Romain Poyet confirmed the Ghanaian International is likely to have sustained a knee injury and tests will be undertaken to determine the extent of the injury.

“  He was limping low in the locker room,” says Romain Poyet.

"Usually, it's a tough guy compared to the pain. If he came out like that, there is bound to be a bit of concern for the future concerning him.

"If the very nature of the injury still raised a lot of questions on Sunday evening, it is certain that the technical staff will not take any risk concerning him, in view of the accumulation of matches by the end of April".

Opoku has been a key player for his side in the ongoing season making 27 appearances for the club.

His injury will be a big blow to the team should he be sidelined for weeks.